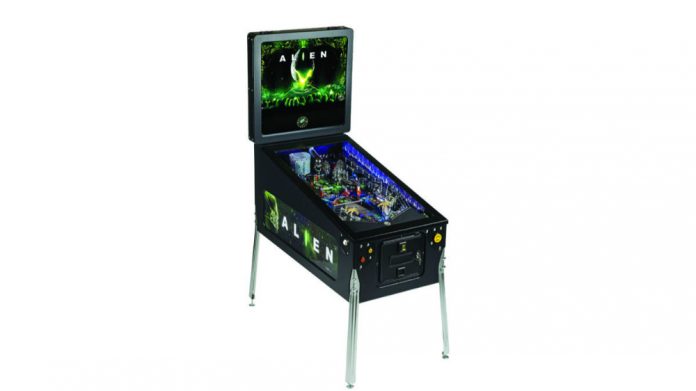 Pinball enthusiast, Andrew Heighway, has spent years redesigning the pinball machine and has made a successful attempt to make the game mainstream again.

Andrew Heighway, managing director at Heighway Pinball, felt that the time was right to have a new and innovate pinball machine in the market which would convince operators to invest in the pinball market once more.

He said: “Unlike video games, which can be replicated very easily on platforms like Xbox and PlayStation, pinball is very difficult to recreate digitally on games platforms. So real pinball has a big place in coin-op in the future, as long as it can be fun relevant, and most importantly for operators, profitable.”

Heighway Pinball spent three and a half years on a research and planning programme redesigning the pinball machine to make it more reliable, easy to service and profitable for operators. One big example of this is the game change system, which makes it much easier for operators to change games on location.

“For example,” Heighway explained, “when somebody buys our first game, Full Throttle, and then buys Alien, our second game, you don’t have to buy a brand new game for your location. You can buy an upgrade kit, which is roughly 60 percent of the price of a new game, and change it into the existing cabinet in a matter of minutes and then you have a brand new game taking in new revenue within minutes.”

Heighway Pinball have recently launched Alien Pinball, which has done very well in the market, and plan on making the most of this very big and very relevant licence in the coming year.