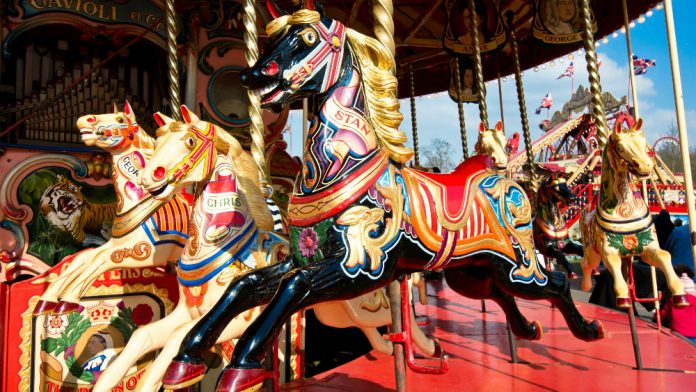 Should we be cutting tourism VAT, supporting the pinball industry or banning all chess players? These questions and more are asked (if not answered) in this week’s look at the world’s media.

In the Mail on Sunday last week, city editor Simon Watkins is arguing that Britain must do more to back its tourist trade: “The leisure sector has been banging this drum for many years, but the dramatic events of 2016 – and the challenges of the years ahead –mean that the time has come for Government to act.

“The slumping value of the pound since June 23 is not a sign of economic health for the UK, but it does present an opportunity – making Britain a more attractive holiday destination as foreign visitors will find their money going further.

“Figures from the British Hospitality Association show tourist numbers fell for much of last year and while many are predicting an upsurge in visitors next year, we should make a determined effort to maximise this opportunity.

“VAT on tourist services – hotels, pubs, restaurants, theme parks – should be cut now. VAT is one of those taxes bound up with EU rules, but we don’t have to wait to quit the EU to make a change.

In fact, the EU itself already allows countries to have a lower VAT rate for tourism, recognising it as a key economic activity.

“The vast majority of EU countries already take advantage of this flexibility to charge lower sales taxes on tourism than the UK. This means that a tourist pays two to three times more tax on a UK hotel room than in other destinations in Europe.

“It is infuriating that so much debate last year was about how we could throw off EU controls to boost our industry, when we haven’t even been taking advantage of what we could do even within the EU rules.

“While there might be a short-term loss to the Exchequer of cutting VAT on tourism from 20 to, say 10 or even five per cent, there would be a long-term boost overall to the economy. Deloitte has estimated it could add a net £2.6billion to the tax take over ten years and add tens of thousands of jobs.”

“There is also a defensive reason to assist the leisure sector. It has done well in recent years and study after study shows spending in restaurants and on other leisure treats has increased, while shopping for clothes and other goods has been under pressure.

“The tendency for British residents to keep spending on these leisure activities is now under threat as rising inflation, from petrol prices and the higher price of imported goods, is set to erode our disposable income.

“Cutting VAT on tourism will not solve the challenges we face in 2017 as our future trade relationship with Europe is hammered out. But unlike many other industries where other nations can set tariffs and other barriers, tourism is a form of foreign trade that is almost entirely within our own control. Now is the time to give tourism every help we can.”

Next, from Huck Magazine, is the story of a man trying his hardest to promote pinball in Montreal, Canada.  Up a narrow flight of stairs, past buzzing pink neon and a wall of vinyl records, an array of pinball machines flicker and glow like otherworldly relics. This is North Star Machines à Piastres, Montreal’s first pinball bar.

“We had some backlash from people who say these games don’t belong in public, that they belong in collectors’ basements where they’ll be taken care of,” says Adam Kiesler, the bar’s co-founder. “But the impetus for creating North Star was trying to get pinball back on the street: pinball for the people.”

Adam is a pinball obsessive, having re-discovered a passion for the game a few years ago. He started spending more and more time seeking out vintage pinball machines, buying them, fixing them up and meeting the people who built them – turning into a small-time collector himself in the process.

After competing in pinball tournaments around North America, Adam eventually became the top-ranked player in Quebec (he currently sits at no. 163 out of over 45,000 in the world).

He then founded the Montreal Punk Pinball League – a crossover crew of pinball geeks and musicians who would play at each other’s apartments every week. But Adam wanted to keep expanding the pinball community across Montreal.

Since its opening in January, the bar features a constant rotation of tables. There are games like ‘Dolly Parton’, ‘Harlem Globetrotters, ‘Old Chicago’ and Adam’s current favourite, ‘Farfalla’ – a rare Italian table with slightly off-putting psychedelic graphics.

Every game has its own history: from the designs and themes, to the mechanics inside the machine itself.

Finally, the bizarre news of an Iranian imam who has rubbished gambling, but claims that chess is even worse. The Express reports that an imam has out at chess players saying the pastime is more sinful for Muslims than gambling or eating pork.

“People who play chess are cursed. You should count your prayer beads instead of playing games like this.”