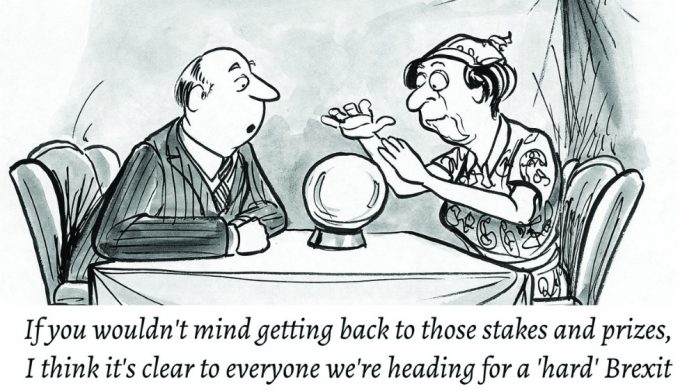 Gambling consultant Steve Donoughue argues that by keeping the industry in the dark about the Triennial announcement the Government is marching to the beat of its own drum.

I cannot work out how, unless the industry was warned of the Triennial Review beforehand, that Tracey Crouch’s desire for substantial amounts of data can be provided in just six weeks?

The cynic in me thinks that by asking for vast amounts of data and research in such a short time frame the government are setting up the industry, specifically the bookmakers and their B2s and TV advertising for a reduction in stakes and prizes and an advertising ban on the basis that they would not be able to provide the evidence in time and thus a precautionary principle would be invoked.

However, the rationalist in me thinks that not even the DCMS could think that invoking the precautionary principle for two years running fulfils the objective of evidence-based policy making.

What is apparent is that there is a dearth of data and the only way that can be rectified is by making high stakes machines card-based.

Considering there is no hard evidence of harm it would be unfair to impose this without compensation and the fair compensation would be a removal of stakes and prizes.

This could be trialled in casinos first as there would be an obvious political impact of doing this. However, it should be noted that currently every adult has access to unlimited stakes and prizes gaming machine style games on their smart phone in every location.

I am also intrigued by Crouch’s statement in the House regarding ‘ensuring consumers and communities are protected, including those who are just about managing’. “Just about managing” implies those who are “at risk” which I find a dubious concept as it implies a linear progress of descent into problem gambling.

The terminology “communities with high levels of deprivation” also concerns me. This harkens back to Victorian moralism, the idea that poor people should not gamble as they can’t afford it and should be spending what little money they have on more worthy activities.

Additionally it sets up the concept of working classes being culturally the main gambling participants and sounds like sneery middle class moralising.