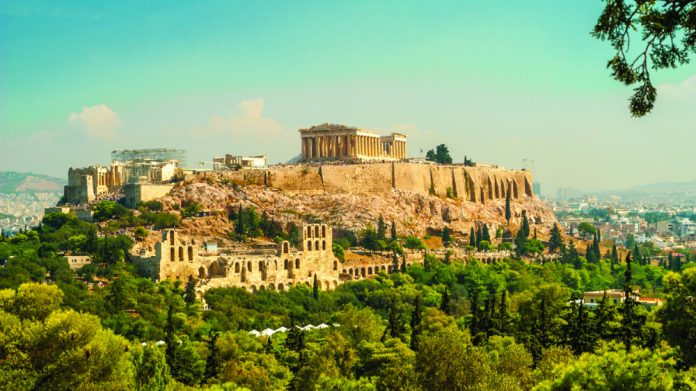 As Greece struggles to enforce its ban on the highly popular unlicensed video lottery terminal market, moves are afoot for a sweeping liberalisation of this E1bn industry.

Greek Authorities raided a staggering 480 gaming venues in 2016 suspected of operating unlicensed gaming terminals. The figures suggest that the appetite for amusements is alive and well in Greece, despite the prohibition, and is fuelling efforts for an overhaul of the antiquated law.

An official report published by the gaming watchdog, Hellenic Gaming Commission (EEEP) shows police made 1,513 arrests last year related to gaming machine operators, and seized around E160,000 in cash. Police made 300 arrests in 51 raids in the last two weeks of 2016 alone.

Greeks are prone to playing video lottery terminals (VLTs), a market estimated to be worth E1bn (more than half the size of the UK’s market for FOBTs). If regulated effectively this could benefit the tax collector to the tune of around E300m to E400m; cash the Greek state desperately needs.

The authorities have long bemoaned the status quo, arguing that enforcing the ban on VLTs, which are evidently so popular in Greece, is nigh impossible, wastes police resources and criminalises huge swathes of the population that simply want a wager. The fines are also said to be too low in comparison to the profits to deter below board activity.

Earlier in December, the Greek independent authority Commission for Supervision and Regulation of Gaming moved to rectify this non-starter approach, by introducing a gaming project that would grant licences to operate authorised machines that could then be regulated and taxed.

However, the plans to add 35,000 VLTs to the Greek market hit another stumbling block when the Athens Municipality and several casino operators filed a formal motion to block the licensing process.

Subsequently the European Commission has waded in on the debate, asking the government not to implement its new regulation on the operation of VLTs, which OPAP has undertaken.

Dated 21 December, the Commission’s letter asks the government to forward its proposals for the gaming market regulation to Brussels and to freeze the application of the new VLT regulations. The Internal Market Directorate-General argues the rules approved in October by the Greek Gaming Commission (EEEP) do not protect punters or society sufficiently.

Commissioners and casino lobbies aside, it seems ironing out the creases for the liberalisation of gaming machines in Greece is now only a matter of time. Given that much of the blackmarket is currently run using makeshift software on standard PCs and laptops, the birth of such a wide and prosperous market would be music to the ears of anyone manufacturing or supplying terminals to the continent.