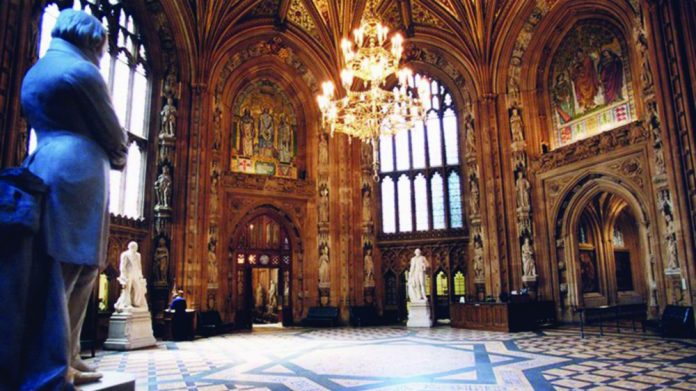 A parliamentary register of interests reveals the bookmaker and horse racing lobbies have quadrupled their “donations” to MPs in the year ahead of the triennial review.

Bookmakers and horse racing execs escalated their complements to British MPs in 2016, at a time when politicians have been weighing up tighter regulations on FOBTs.

A register of MP’s interests, which details the value of gifts and donations received by politicians, has revealed that the UK’s largest bookies and horse racing firms quadrupled their efforts to win-over policymakers ahead of the triennial review.

Thirty-three “gifts” to MPs were registered over the year, such as tickets to sporting events, with a total value of £20,000.

The two biggest beneficiaries were Tory MP Laurence Robertson, who enjoyed £5,166 worth of “entertainment” in 2016; and another Conservative, Philip Davies, who accepted £4,720 of “hospitality”. The latter was investigated by the parliamentary ethics watchdog in 2013 for his links to the bookmaking industry.

The list shows SNP leader Alec Salmond was “gifted” a badge worth up to £1,000 by the Racecourse Association, permitting him entry to British racecourses, and Priti Patel, secretary of state for international development, was also a beneficiary of £2,000 worth of Grand National tickets.

Carolyn Harris Labour MP for Swansea who has been chairing the all-party parliamentary group on FOBTs, recently called for the maximum reduction of stakes on the gaming machines to £2; slower spin cycles and more staff in betting shops to reduce violence.

“Interestingly I’ve never been offered any hospitality,” she said, “not that I would expect to be.”

The measures Harris’ committee has proposed are widely expected to cause significant shop closures in the bookmaking sector, which could potentially have the knock-on effect of wiping out much of British horseracing.

The Association of British Bookmakers (ABB) recently launched a campaign called Back Your Local Bookie, to advance these claims.

“I’m tired of how bookmakers are constantly misrepresented, and I’m concerned about the impact of any further regulation on bookies,” the campaign literature reads.

“Betting shops are closing at a rate of over 100 per year and with that local authorities are losing yet another business rate paying retailer from their high streets. And without bookies, our high streets will continue to suffer a decline in footfall. The potential for further regulation will only hasten these closures.”

The effect that such “donations” is having or has had on policy is unknown, but as the DCMS decision will not be made until April the battle for highstreet GGY goes on.