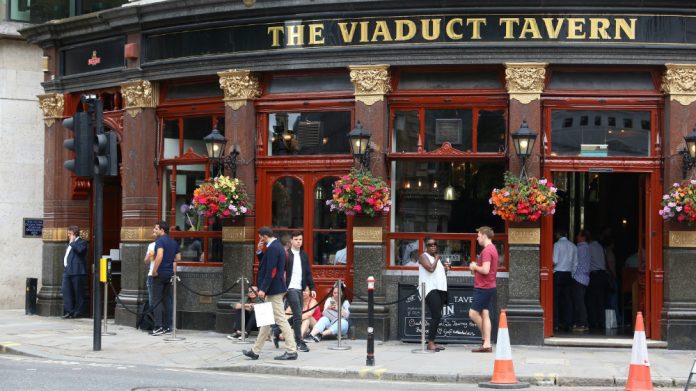 A new report by economic experts Oxford Economics (OE), commissioned by the British Beer & Pub Association (BBPA), has found that the beer and pub industry in Britain employs almost 900,000 people, and contributes £23.1 billion to the British economy. The BBPA says the figures make clear the case for a further beer duty cut in the Budget on 8th March, to protect jobs and investment in the sector.

The report demonstrates that the industry brings significant economic benefits to the UK economy, with OE data showing that brewing alone sustains over 100,000 jobs. Nearly 800,000 jobs are supported by over 49,000 pubs across Britain.

Since the last OE report, commissioned by the BBPA in January 2015, the number of jobs supported by the sector has increased by 29,000, whilst capital investment in brewing and pubs has risen to £2 billion, up from £1.2 billion in the previous year.

The report also finds that this vital national industry pays £12.6 billion in tax, making clear the case for further reductions in the UK’s very high rate of beer duty in the Budget.

The BBPA argues that a further duty cut would help encourage investment, protect jobs and improve confidence in the sector. As Britain prepares for the economic challenges of leaving the European Union, this is more important now than ever, says the BBPA, for a UK industry where 83 per cent of the beer consumed here, is brewed here.

Brigid Simmonds, BBPA Chief Executive, said: “Our sector supports almost 900,000 vital jobs, and it is particularly important that we can go on boosting employment, especially for younger people, which is why the BBPA is calling for a further cut in beer duty in the Budget.

“Three historic beer duty cuts since 2013 have brought huge benefits, created jobs and encouraged investment, but our rate of duty is still many times higher than that of our neighbouring countries. As we leave the European Union, we need a tax system that encourages investment more than ever before, and we will be working hard to encourage the Government to secure further reductions on 8th March.”

Adrian Cooper, Chief Executive Officer Oxford Economics, added: “Our analysis confirms that the UK beer and pub sector continues to be an important source of employment and output at a national and local level. Its activity generates a significant amount of tax contributions, investment and opportunities for young people to enter the labour market.”