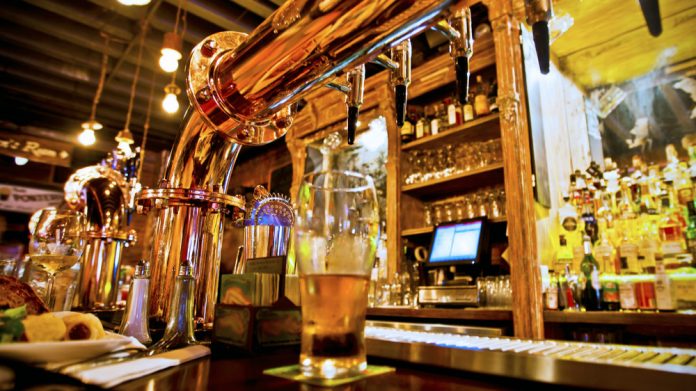 Could 2017 be a year of flux? Two of Britain’s national newspapers are looking at how this year will go for two very different industries.

Last week, the Telegraph has some worrying predictions for the pub industry in 2017. Going out to the local pub is expected to be more expensive as the industry battles against rising costs, it reports.

Pub industry veteran Rupert Clevely has warned that pubs will need to raise the price of their food and drinks by around three percent in 2017, even while taking steps to offset the full impact of the fall in sterling, rising national living wage, the apprenticeship levy and a looming hike in business rates.

The founder of Hippo pubs and Geronimo Inns said the business rate rise is of “considerable concern” to the industry.

“I sincerely hope it won’t lead to closures, but – particularly in London – business costs and rents are a major concern. They’re already quite high so it is pretty scary for the industry,” he said.

“We try very hard not to pass these too heavily on to the customer, but in some cases we will have to pass on price rises of around three percent from next year. The trick is to try to continue delivering value for the consumer,” he added.

His comments echo warnings from other pub groups in recent months about a challenging year ahead for the sector.

Mr Clevely said the “winners and losers” in the industry would be determined by how prepared companies are for the cost increases.

Meanwhile, the Guardian is also looking forward to the year ahead, asking if it will be time for VR to truly shine. The last year has seen the launch of every major VR platform, from high-quality tethered systems like HTC’s Vive and Facebook’s Oculus Rift, through to cheap-and-cheerful smartphone-based platforms like Google’s Daydream and Samsung’s Gear VR.

The early adopters have bought in, the launch games have been launched, and now that the initial flurry of excitement has died down, the more pressing questions are left: how will the platforms evolve? What will you actually be able to do with them? And is VR just a stepping stone anyway, to the even more science-fiction future of augmented reality tech?

At its inception, VR is unquestionably a gaming technology first and foremost. The most expensive and technologically advanced systems have an almost total focus on serving the hardcore gamer market. Even the simpler systems, which lack the pixel-pushing power necessary to satisfy modern players, still end up with a preponderance of games and game-like projects, because that’s what’s easiest to build with the tools available.

So the number one priority for the titans of VR is to carry on winning round game developers and players to prevent the juggernaut from stalling. But if the experiences of the first wave of early adopters is anything to go by, that could prove trickier than it seems.

In the absence of the life-consuming behemoths which constitute gaming for a large number of fans, VR development has instead been colonised by quirkier games, often made by smaller studios with lower budgets who can survive by selling games at a cut price to the comparatively small install base of VR devices

Even those studios are betting on VR growing, though. Dean Hall, the chief executive of indie studio RocketWerkz, wrote that his company’s game, Out of Ammo, “has exceeded our sales predictions and achieved our internal objectives”.

“However, it has been very unprofitable. It is extremely unlikely that it will ever be profitable. We are comfortable with this, and approached it as such. We expected to lose money and we had the funding internally to handle this. Consider then that Out of Ammo has sold unusually well compared to many other VR games.”

Currently, platform owners are subsidising much of the development for VR, in exchange for making those games platform exclusives. But those owners will also need to make money at some point; they’re just capable of playing a longer game than an independent developer.

In that long term, VR needs to be more than an accessory for better games. Back in 2014, Mark Zuckerberg targeted an install base of 50m to 100m Oculus headsets in the device’s first decade.

Of course, Zuckerberg isn’t interested in owning a gaming company, even a successful one. He bought Oculus with the stated intention of offering far more than just better video games. “Imagine enjoying a court side seat at a game, studying in a classroom of students and teachers all over the world or consulting with a doctor face-to-face – just by putting on goggles in your home,” he wrote in the post announcing the company’s acquisition.

If VR doesn’t charm, could AR succeed where it failed?

AR devices, like Microsoft’s Hololens and vaporware start-up Magic Leap’s prototypes, allows virtual images to be imprinted over the real world. It’s not cheap – the developer preview of the Hololens retails for almost £3,000 – but it fixes a number of issues which hold VR back when it comes to everyday practicality. Hololens users can still interact with the real world, with their colleagues and companions, rather than locking themselves away in a virtual space. That interaction makes it much more appealing to imagine using Hololens as a general-purpose computing system, fitting in alongside your current life.

Or maybe neither will actually take off in the foreseeable future. For the first time in well over a decade, technology companies worldwide are looking at the end of one hyperbolic growth curve – that of smartphones – with nothing obvious to pick up where it died off. They may have a lot of interest in convincing their shareholders that something is the next big thing, but that doesn’t mean we have to believe them. After all, we live in reality.