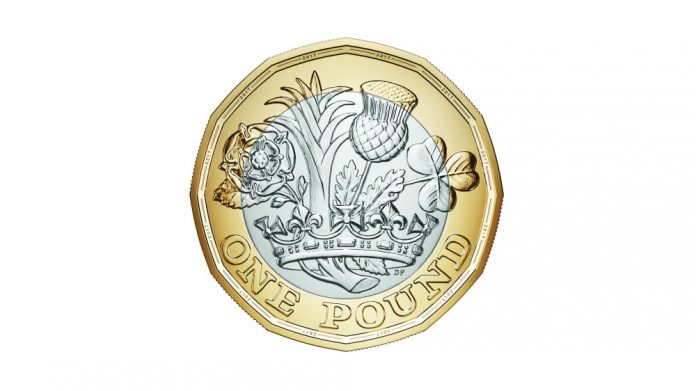 Bad puns aside, operators have just over three months to prepare their amusement and gaming machines for the arrival of a new quid on the block.

The new 12-sided £1 coin will enter circulation on 28 March and its predecessor will be withdrawn by mid-October, the Treasury has announced.

With three months to go, the government has launched a campaign to help raise awareness and encourage the public to return the round £1 coins.

The Treasury estimates that £1.3bn of all denomination of coins are being stored in savings jars, with £1 coins accounting for almost a third of these.

The old £1 coins must be exchanged by both businesses and individuals before 15 October, when they will cease to be legal tender.

Chief Secretary to the Treasury David Gauke said: “28 March should be an important date in everybody’s calendar this year, as we will have a new quid on the block.

“This is a historic moment as it’s the first time we’ve introduced a new £1 coin since 1983, and this one will be harder to counterfeit than ever before.

“Our message is clear: if you have a round one pound coin sitting at home or in your wallet, you need to spend it or return it to your bank before 15 October.

The introduction of the new coin will mean around 40 percent of cash-receiving machines – including amusement and gaming machine will have to be upgraded.

The Royal Mint has put the cost of changing all the UK’s machines at between £15m and £20m, although it is thought this figure is a best case scenario.

Helen Dickinson OBE, CEO of the British Retail Consortium, said: “Our aim is to ensure that the implementation of the new coin runs as smoothly as possible for our customers and staff. Our combined input into the project means we’re confident the new coin will address the issue of counterfeit coins for businesses and the general public alike, and will prove highly secure for customers to use.

“While there will be a natural transition period where some vending systems may only be able to accept the existing pound coin, our industry is committed to ensuring we’re fully prepared ahead of the launch in March.”

The new style was announced in the 2014 budget and has been billed by the Royal Mint as “the most secure coin in the world”.

It boasts several new security features, including a hologram that changes from a ‘£’ symbol to the number ‘1’ when the coin is seen from different angles, to prevent counterfeits, which the government estimates costs businesses millions every year.