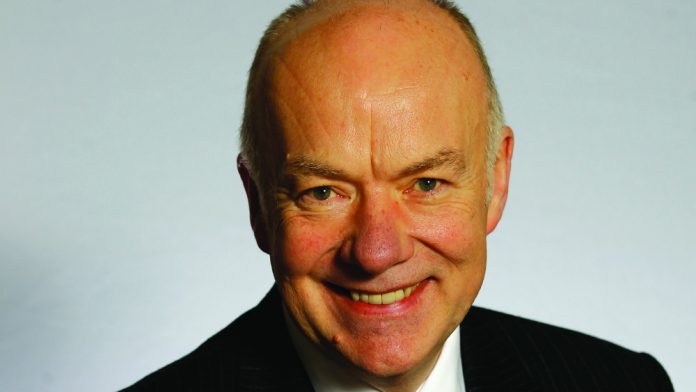 Gambling Business Group (GBG), Chief Executive, Peter Hannibal, has called for an ‘educated and informed debate’ regarding the use of debit cards on gaming machines. Hannibal’s comments come on the back of the GBG’s submission to the review of Gaming Machines and startling new research which shows the growth in contactless payments including a 79% increase in pubs and bars.

In a statement issued to gaming industry media, Hannibal said: “It was reported from the recent GambleAware conference that one of the reports opined that payment methods such as contactless are likely to be a contributor towards harmful play. This very simplistic view clearly fails to recognise that contactless payments can, and inevitably would, carry restrictions and controls that are impossible to achieve with cash. Furthermore, digital payments (of whatever sort) start to remove some of the anonymity from machine play, which the Gambling Commision has repeatedly said is something that they would like to see evolve. This is a classic case where there has to be an educated debate and discussion around what is an important subject. There is no room for emotional arguments or rhetoric when the future of an Industry is at stake.”

Whilst accepting the prohibition on the use of credit cards should continue, Hannibal believes the same arguments do not apply to debit cards. He argued: “At the moment it is possible to use a debit card to pay for machine play to a chosen value by making a payment through a member of staff, for example over a counter or at a cash desk. It is also legal for ATMs to be located in gambling establishments, although the ATM must be positioned far enough away from the machine(s) so as to create a break in play when used. So, as it stands currently, an individual can readily access cash from their bank account up to their agreed ATM limit. Giving due consideration to the changing consumer demands and the inherent protections that it can provide, it seems logical to allow a customer to access their cash through the use of a debit card when using a gaming machine. The current process employed when using an ATM or cash could be improved upon if the use of a debit card in a gaming machine was allowed.”

The importance of the debate was put into sharp focus with research from the Barclaycard Contactless Spending Index confirming a 166 per cent increase in ‘touch and go’ payments in 2016, following a 164 per cent increase in 2015. The UK Cards Association (UKCA), claim the number of contactless credit and debits cards in the UK now tops 100 million. Demonstrating the increasing popularity of contactless, separate research from Barclaycard also reveals that one in two now pay contactlessly at least once a month – with a fifth (21 per cent) planning to increase their usage even further next year.

According to the Barclaycard index the biggest leaps in contactless spending have been seen in some of the UK’s largest cities. In Manchester, ‘touch and go’ transactions have increased more than anywhere else, with residents spending 325 per cent more this year compared to last. Also seeing strong uplifts are: Glasgow (308 per cent), Blackpool (296 per cent), Hull (287%) and Edinburgh (267 per cent).
However, London continues to lead the way for contactless usage, with almost half (47 per cent) of all eligible transactions (those up to £30 where contactless is accepted) are now made by ‘touch and go’ payments – up from three in ten in 2014.

Amongst all retail categories, service stations have seen the highest rise in contactless usage, with the amount spent jumping 285 per cent. Service stations now also have the highest average transaction value of all sectors at £13.32. Worryingly for the machine sector, pubs and bars have the 11th highest growth for contactless, up by 79%.

Tami Hargreaves, Commercial Director, Digital Consumer Payments at Barclaycard, said: “No longer is contactless just reserved for the morning coffee or afternoon snack. As our data shows, Brits are turning to these payments for all types of purchases. In 2016, the increasing popularity of mobile payments and wearables has also contributed to the surge in contactless, and as more retailers continue to accept ‘touch and go’ as a way to pay we expect this upward trend to continue well into next year.”