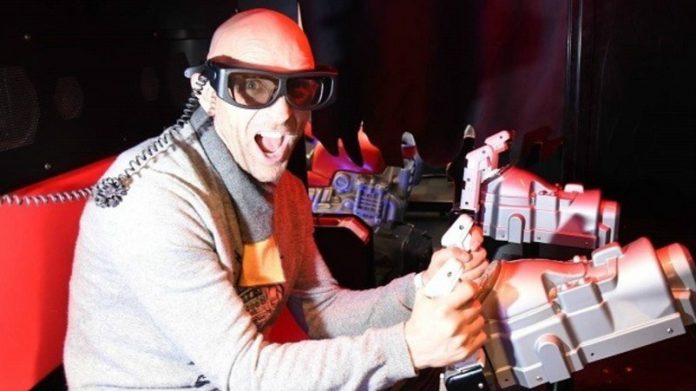 Despite the name Lincoln Bowl, it is arcade games that are striking gold for an East Midlands bowling centre looking to diversify.

Lincoln Bowl has secured a deal with Namco to stock the alley’s arcade section with a mix of both classic and new games.

Jason Bradbury of Channel 5’s The Gadget Show went to test the games on 8th December, giving some coverage to the arcade which is owned by his brother-in-law Simon Craddock.

Craddock said: “We are very proud to be the first arcade to open in Lincoln since the 90s. At the moment we have got 16 machines and planning to increase that number, the machines are refreshed with new games every six months.”

Despite having some of the newest games available in the arcade, Craddock is finding the traditional classics to be the most popular.

Craddock added: “Currently our two most popular games are actually the oldest games in the arcade! A crane machine game that picks up soft toys and the 10p push machine. But we’ve also got some top end and really immersive games like a 3D zombie shooter, a Jurassic Park two player game and Mario Kart which has proved very popular.”

Due to the emergence of games consoles, these types of advanced arcade games suffered a dramatic slump in popularity, however Simon believes that classic arcades are on the rise once again because of the immersive experience they offer.

“Arcade gaming sort of fell by the wayside after the Xbox and PlayStation came along,” Craddock said. “I think there has been a nationwide resurgence of arcade games; everyone is now looking for that unique and different gaming experience. People want things to do, not more things to buy, and I really believe it’s an up and coming thing again.”

Indeed Craddock has found that despite being primarily a bowling alley, Lincoln Bowl is now attracting visitors solely for its arcade section, a fact that has moved Craddock to expand the arcade.

He added: “We’ve got students and younger players all coming into Lincoln Bowl just to play the games! We are planning to expand the arcade further. It’s about making Lincoln Bowl an entertainment centre and having diversity in the business.”

Offering an insight into the future of arcade gaming, Craddock believes that virtual reality will be the next step.

He explained: “Currently in development are some really exciting virtual reality arcade games. They should be out in the next 12 months or so, and that is the future for arcade gaming. It will become a real mixture of throwback and new games.”