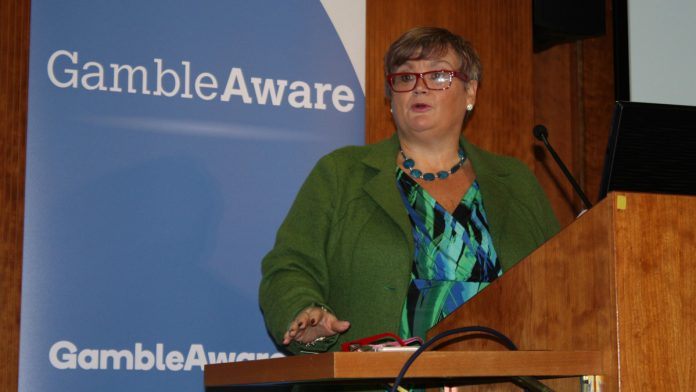 In a new report, GambleAware has argued that policy makers should consider much more than stakes and prizes when looking to promote responsible gambling and dents coin-op hopes by placing contactless in the firing line.

GambleAware has announced the publication of a report which argues that “policy makers need to look beyond stake reductions to minimise harm.” Undertaken by research firm Sophro, the report examines the impact of game characteristics such as speed of play, free spins, return to player and payment methods, alongside stakes and prizes, on problem gambling.

If viewed positively by lawmakers, it could pose seriously problems to the many in coin-op who are pushing for contactless payment to be introduced to gaming machines. The Gamble Aware report argues that “significant and important risk factors for problem gambling on machines” include access to ATMs or contactless payment, alongside automatic play and ‘near misses’.

“There is growing evidence that access to additional funds in a gambling venue is a significant risk factor for problem gambling,” said Sophro’s lead researcher, Dr. Jonathan Parke. “This may be because it facilitates the decision to continue spending more than planned. Stopping players from spending more than they can afford is important. However, restricting stake size while failing to consider the other cost determinants, like game speed and volatility, will likely prove ineffective.”

The presence of this report does not necessarily spell the death knell for contactless on fruit machines, but it may create a need to either present evidence against its conclusions or introduce nuances to the any proposals put before government. These might include the prospect of setting a maximum stake over a period of time or limiting the frequency of contactless payments.

GambleAware does not devise policy and does not give advice directly to policy makers, but the research we commission is available for all those, including policy makers, who wish to refer to it.

In fact, Sohpro’s report suggests many of these methods to reduce the risks of ‘remote loading’ via debit cards. Ideas floated also include allowing players to block voluntary gambling-related payments via merchant category codes – an idea which received considerable attention at the recent Bacta Convention.

Despite GambleAware’s chief message being that stakes were not the be all and end all of responsible gambling, that did not prevent Carolyn Harris (pictured) from speaking at the event. In a move no doubt timed to coincide with the release of its impactful call for £2 maximum FOBT stakes, the chair of the APPG on FOBTs laid out her group’s interim report into B2 machines.

Meanwhile, GambleAware clearly hopes that its report will inform the government’s ongoing gaming machine review. “GambleAware does not devise policy and does not give advice directly to policy makers, but the research we commission is available for all those, including policy makers, who wish to refer to it,” said its chief executive, Marc Etches. “However, what we can say with confidence is that while stakes and prizes are one tool in the policy-makers’ tool-kit, research evidence suggests adjustments to these two variables in isolation are unlikely to be sufficiently effective in reducing either problem gambling, or the wider concept of gambling-related harm in Britain as a whole.”

However, with the DCMS having closed its call for evidence four days before the report was published, it is unclear whether or not Tracey Crouch’s team will give it much bearing before making its decisions in the new year.