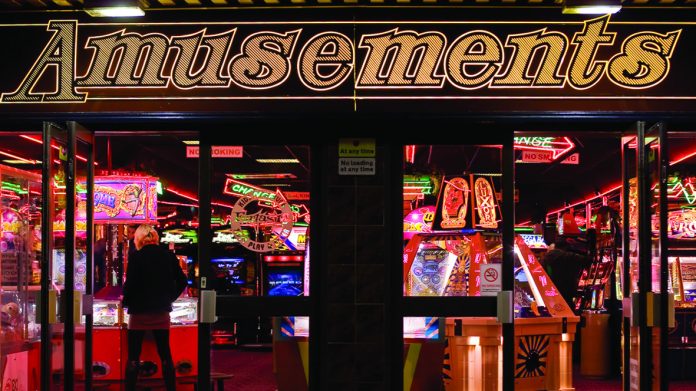 As an operator who works across both the FEC and AGC markets, Mark Miller has a good sense of the overall coin-op market. He believes that after a steady year of business, the Triennial will spell good news for the industry, but warns redemption machine suppliers that more innovation is needed in the sector.

[dropcap]M[/dropcap]illers Amusements saw a rise in family gaming in 2016, but owner Mark Miller believes more innovation is needed within the industry and greater parity with bookmakers established going forward.

The company has been present in the Whitby entertainment market for over 50 years and despite facing uncertain times, owner Mr Miller has found grounds for optimism over the last twelve months.

Surveys published by the National Coastal Tourism Academy (NCTA) this year revealed that the majority of seaside businesses saw an increase in trade in 2016, it however wasn’t a constant rise.

“It was a slow start, but the summer was great for us because the weather was really good, it evened out really.”

The slow start on the coast was in contrast to overall market conditions, where the United Kingdom saw a record-breaking first quarter for domestic tourism. Overnight visits in England rose 10 percent to 7.3m and spending on domestic overnight holidays was up 23 percent to £1.8bn.

Miller noted that the family side of the business was strong in the last year, despite the overall market performance of Family Entertainment Centres. The rise in the number of families taking their summer holidays within the United Kingdom proved to be an opportunity for Millers and other FECs providing they were suitably equipped.

“The products are very redemption based, and not everyone is into that, there are certain sites where that works. When the payouts are ticket based it is better if they’re here for a week.”

I am expecting good things from it, I am optimistic about it.

However, Miller noted that he believes there has been a noticeable slowdown in innovation within the gaming industry.

“The industry declined a bit. We need some innovation and some new products. Every few years we used to get a boost by a new product coming in and it used to give the industry a bit of a lift.”

To accompany the family-orientated side of the business Millers also operate adult gaming centres in order to maximise their catchment within the market. Miller believes that increased competition on the high street with bookmakers has hindered their progress.

With the recent calling of the Triennial Review, Miller believes the gaming industry needs to create a stronger voice to stand up to represent itself.

“The lobby from our industry is comparatively weak, and the lobby from the bookmakers association is a lot more intense.”

The government support of the latter industry is something he believes should be applied to the gaming industry in order to allow it to grow in line.

He does however believe the industry should be hopeful regards to the report as an important first step: “I am expecting good things from it, I am optimistic about it.”