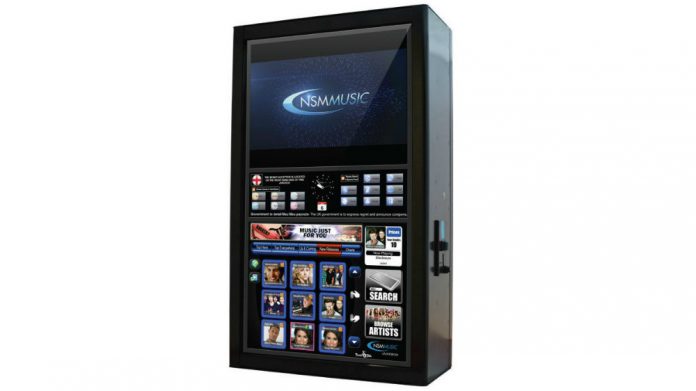 It’s been quite a twelve months for NSM. As it draws to a close they reflect on achievements of past years and look forward to what they can offer the current-day customer.

NSM Music say 2016 was their busiest year since the CD jukebox era began. Sales climbed when the company launched the icon Storm in January, and then just kept on climbing.

The Storm was another landmark for the company and overall production has been up around 25 percent as a result of increased demand.

Sales manager Alex Kirby feels that, at a time when older digital jukeboxes are beginning to show signs of ageing, this year’s boom is set to continue into 2017.

New products are being welcomed into the industry and, according to Alex, the market wants a combination of affordability and advances in technology, such as digital download speeds and capacity,

He says: “There’s never been a better time for operators to update their ageing equipment and they don’t have to replace them to do that. We’re now able to offer a conversion service for competitor models. The update kit simply comprises a new hard drive and memory upgrade but the benefits are enormous.”

These benefits include increased content – 40,000 tracks offline, 200,000 plus online and our app – and the update costs are small.

The Storm was NSM’s reaction to the rapid advances in jukebox technology and expectations for more and more sophisticated online machines. However, the introduction of the conversion kits ensures that there’s always an alternative available to customers and potential customers.

“We’ve always led and been responsible for many breakthroughs in the jukebox music industry, ranging from state of the art CD changing devices to the most attractive interactive digital jukeboxes today.”

Alex also points to other changes in the sector. “We can now boast we’re the company where there’s no cashbox share. Over seven decades we’ve continuously broken new ground. We were pioneers of the digital jukebox concept back in the late 80s and negotiated the very first PPL license for download and dubbing music in the late 90s.

“Last year we installed a new fibre optic broadband connection, which dramatically increased upload and download speeds – critical to the business – by almost 5,000 percent. Compare that with 1998, when the company put the world’s very first digital jukebox on site and they were still using ‘dial up’.

“We’ve always led and been responsible for many breakthroughs in the jukebox music industry, ranging from state of the art CD changing devices to the most attractive interactive digital jukeboxes today.

“But we don’t lose sight of our heritage since first creating jukeboxes in the early 1950s – we’ve been responsible for some of the most stylish products ever produced,” says Alex.