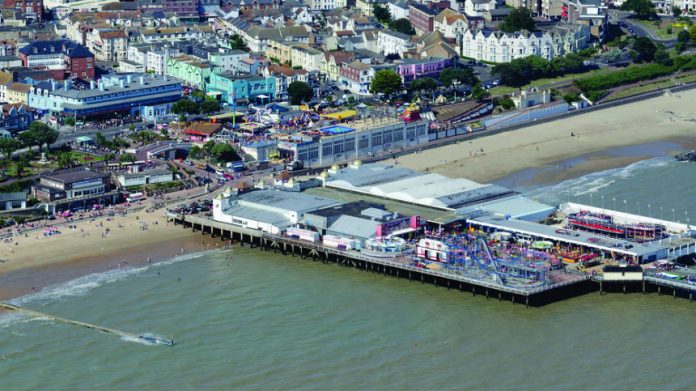 Nationwide, coastal businesses were buoyed by a increase in business this year, the results of a new wide ranging study have indicated.

The majority of seaside businesses saw an increase in trade in 2016, or were least on a par with last year’s results, a new study has revealed.

The findings came from two surveys conducted by the National Coastal Tourism Academy, which were designed to assess how the sector performed during Easter and summer compared with the same periods in 2015.

Speaking to 400 accommodation and attractions operators to gauge their confidence, the NCTA said that businesses were more positive in the summer than in the spring, with 40 percent reporting better performance over 2015 compared to just 29 percent in the spring.

By sector, camping and caravan sites and visitor attractions saw the most noticeable change.

The three main reasons cited for growth were not a surprise – the good weather, a hike in the number of staycations and an increase in the appeal of the destination.

Coastal businesses were also found to be generally positive about the future, with most expecting performance to be the same or even better than last year. Hotels and attractions demonstrated the strongest confidence.

60 percent of business were so confident that they said they didn’t see any key challenges facing the seaside sector.

The 40 percent that did identified poor and often unpredictable weather as the main challenge.

Other challenges included local competition and the poor UK economic climate, lack of funding or support from local councils, transport problems, parking or traffic jams and concerns over Brexit.

Brexit was also cited by those business who saw a decrease in performance in 2016 compared to the previous year, with the UK’s decision to leave the EU blamed on a fall in overseas visitors that contributed to an overall decline in tourists coming to their area.

Some 87 percent of businesses attracted business from overseas, with the North East and South West the most popular coastlines amongst international visitors.

Conversely, an increase in British nationals taking a staycation due to the fear of terrorism abroad was one of three reasons listed by business that saw a boost in the performance.

Good weather and a general increase in the appeal of their destination were the other two factors mentioned.

Interestingly, just over a third of businesses saw a change in the profile and needs of their customers this year, with customer demands and expectations on the increase.

The main areas where customers demanded more were diet, with a lot of people having special dietary options like vegetarian, vegan or gluten-free, and technology, with many having the expectation of access to fast Wi-Fi connectivity.