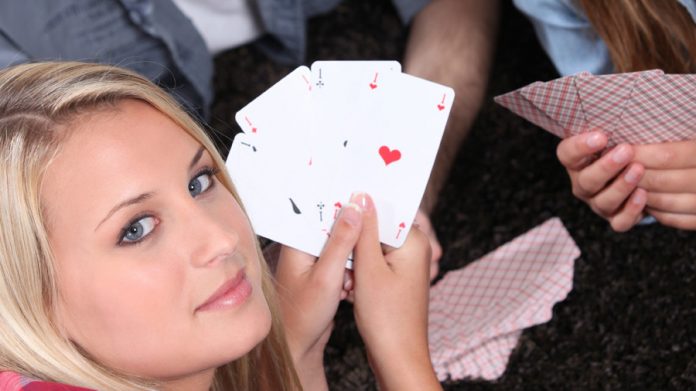 A new report by the Gambling Commission shows that 450,000 children claim to gamble every week.

The Gambling Commission has published a report into child gambling, claiming that 450,000 children gamble every week. The regulator’s Young People and Gambling Report also argues that around 9,000 of them are problem gamblers, while, overall, gambling prevalance among 11-15 year olds is around 16 percent.

“We’re often reminded to discuss the risks of drinking, drugs and smoking with our children. However our research shows that children are twice as likely to gamble than do any of those things,” said Tim Miller, Gambling Commission executive director.

Critics have questioned the equivalence drawn between gambling with drinking, drugs and smoking. Miller himself notes that, unlike these comparitors, there are a large array of legal gambling activities for children, many of which are offered in FECs and arcades.

“We recognise that there are some gambling activities in which young people are legally permitted to partake – such as using a crane machine to win a toy, or betting between friends,” he said. “But we would encourage parents to speak to their children about the risks associated with gambling, so that if they choose to gamble in adulthood, they will do so in a safe and responsible way.”

Recent data indicates that the ability of coin-op sectors to prevent underage gambling is currently very strong, as was noted by GC chief executive Sarah Harrison at the recent Bacta Convention. However the industry remains aware of the need to enforce rigorous standards of problem gambling protection, particularly for young people, who are more likely to be around machines at the softest end of the gaming machine spectrum. Of particular concern will be the fact that, of the children surveyed, playing on fruit machines was the most common activity, at five percent.

However, the data is unclear on whether many more children are gambling than the survey records, but doing so in a safe and legal way. According to the report, five percent of those surveyed said they had played a fruit machine in the past week, but only one percent said they had been “playing other gambling machines”. There were no explicit questions asked about crane machines or pushers and most children surveyed are unlikely to have considered them to be gambling in the first place.

Key findings from the study include the discovery that boys are twice as likely as girls to gamble and that the overall rate of gambling among 11-15 year olds has remained static since 2013 and has fallen from 23 to 16 percent since 2011.

The report also includes data on the number of challenges made by staff who believed that an underage person had entered their premises. The arcade sector had the second highest number of challenges, where the individual was unable to prove their age, at 29,983, during the period from April 2014 to March 2015.