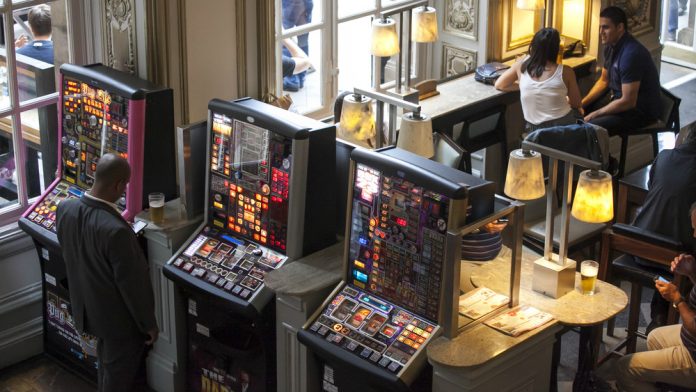 BBPA lay out proposal to UK Government seeking to ‘future proof’ certain amusement machines popular in pubs across the country.

The British Beer & Pub Association (BBPA) has responded to the UK Government’s review of gaming machines and social responsibility measures, and has called on the Government to ensure that ‘Category C’ amusement machines in pubs remain attractive to customers, so that they continue to form a vital revenue stream for Britain’s pubs.

In a detailed response, the BBPA is calling for an increase in the maximum stake in pub amusement machines from £1 to £2, and a maximum prize of £150, up from £100. These changes, the BBPA argues, will help ensure that pubs can match the level of machine entertainment increasingly demanded by customers.

The BBPA is also calling on the Government to explore options for allowing the use of contactless payment for amusement machines, along with a review to simplify an overly restrictive and complicated web of technical standards around machines.

These proposals, the BBPA argues, will help to ‘future proof’ amusement machines in the face of changing customer behaviour and expectations.

The BBPA’s response also highlights that both the 2009 and the 2014 increases in stakes and prizes, the latter of which set the levels that are currently in effect, provided uplift to pub sector machine revenues.

These revenues, the BBPA argues, can be a valuable source of income for pubs, particularly at a time when pubs are facing the additional cost pressures of rises in both national minimum and living wages, as well as the apprenticeship levy.

Pub machines are, and will continue to be, low stake amusements for customers, who come to the pub primarily to socialise, eat and drink. Nevertheless, the BBPA already produce a detailed code of practice on the responsible operation of amusement machines in pubs, and will be updating guidance for licensees to take account of any future changes to reflect the latest Gambling Commission codes and information.

Brigid Simmonds, Chief Executive, British Beer & Pub Association, said: “The amusement machine offer in pubs needs to be able to develop to meet the expectations of the consumer and form part of a low stake, low prize entertainment offer in a pub. Our proposals to increase both stake and prize should help keep pub amusement machines competitive.

“Operating costs for pubs are under pressure from recent increases in the national minimum and living wages, mandatory auto-enrolment pensions for employees, the apprenticeship levy and business rates. Income from amusement machines can be vitally important in keeping many pubs viable, and an increase in prize for Category C machines will enable pubs to invest in the business and keep an important social resource viable.

“Any gaming machine use in pubs is overseen by the licensee and their team, and pubs represent, much as they do for drinking, a socially responsible environment. The BBPA already has a code of practice to ensure machines are operated responsibly, and we’ll be updating this guidance in the near future.”