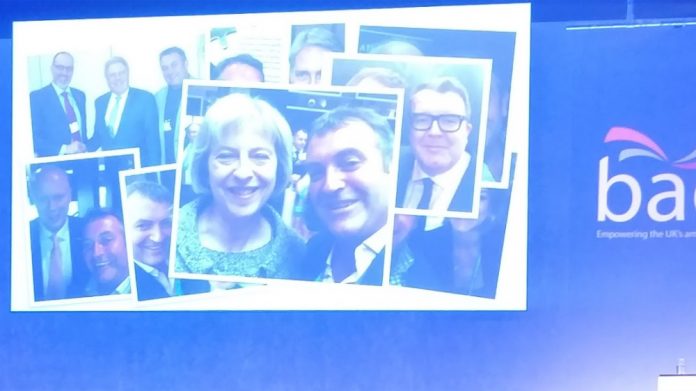 Making his final Convention address, Bacta’s president Jason Frost had plenty of fodder when it came to singing the praises of his organisation’s efforts during 2016.

This may be the last time that Jason Frost will address the Bacta Convention as president, but he made it clear that he wasn’t done yet. That said, while his successor’s speech focused on the future of the trade body, Frost was more focussed on the recent past and the here and now.

“When I became President I asked to see the research into our industry that we had from the last few years and was surprised to find there was none,” he said. “I raised my concerns and together with the team at Bacta we commissioned the PWC research. This has proved to be a priceless insight into our business and will enable us to demonstrate trends in our industry when we, hopefully, update the research at regular intervals in the coming years.

“This may seem like teaching your grandmother to suck eggs for some of us, but we live and operate in an evidence based world now where we will have to produce fact based evidence for any changes we may want in the future and the PWC research gives us the fundamental foundations for us to build on.”

Alongside a raft of selfies with everyone from Tom Watson to the PM herself, Frost lauded Bacta’s efforts to repair and build new bridges with Westminster. “We have built relationships with countless MPs (I have had selfies with most of them) civil servants and special advisors,” he recalled. “We have attended meetings in Downing Street, twice at number 10 and once at number 11, promoting our industry.”

Frost’s speech also served to bring home just how important action on FOBTs is to the industry, and not just for financial reasons. “Some of you may have seen the recent Panorama programme on the B2 machines,” he told the audience, “and I don’t have to tell you how I feel about these. The programme highlighted the social damage that these machines have caused and as you may well know I often talk about the reputational damage that these machines have done to our industry, I watched the recent Panorama programme with my 13 year old daughter, Phoebe, and at the end of the programme she turned to me and said ‘Why do you want to be in a business that does that to people Dad?’”

“We are in the amusement arcade business and if my own daughter can’t differentiate between the B2 machines and the machines that we operate, what must the man on the street think? I feel that this and previous governments have done a disservice to society and us as an industry by not evoking the precautionary principal on B2’s.”

He closed with a heartfelt message to the industry, but also a reminder that his tenure still has four months left to run. “I would like to thank you the members of Bacta for allowing me to have been President of this wonderful organisation,” said Frost. “It has been an absolute honour and I feel very proud to of been able to represent our industry. I have not finished yet, I still have till March to go.”