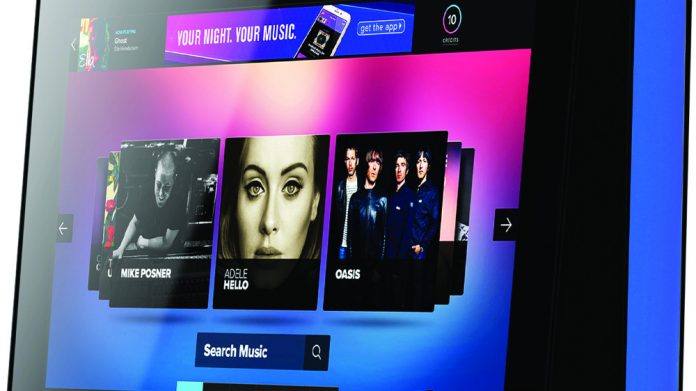 One of the highlights of the consumer experience is the easy and intuitive way you navigate the screens and find the music you want to play, and this helps explains its popularity on site, according to Paul Purcell, principal of Warrington-based, Amusement Leisure.

Purcell, who operates a range of equipment including jukeboxes, fruit machines and pool tables in pubs, bars, sports and social clubs throughout the North West, said: “We’re operating over 30 Playdium’s in a variety of sites and the user response has been very positive. There are an awful lot of features and benefits that we can talk about, but in terms of the user experience, the ease of navigation is top of the popularity list.”

“Smart products are only relevant to a business if they impact the bottom line. Amusement Leisure has Playdiums in pubs, social clubs and colleges throughout the region and the acceptance amongst users has been excellent, which has been reflected in the income.”

He added: “There’s no doubt that TouchTunes have ripped up the traditional jukebox manual and brought a whole new dimension to the genre. Sometimes I think manufacturers can get swept away by the power of technology and produce kit which is far too clever and complicated for its own good. However, in the same way that technology giants such as Apple have succeeded in making smart products easy to use, TouchTunes have done the same with the Playdium.

“Smart products are only relevant to a business if they impact the bottom line. Amusement Leisure has Playdiums in pubs, social clubs and colleges throughout the region and the acceptance amongst users has been excellent, which has been reflected in the income.”

Toby Hoyte, Head of Marketing at Soundnet, believes the market is hungry for a more contemporary music experience. He argues: “The launch of Playdium signals a new era for pay-to-play in venue music. UK consumers are playing more music than ever with close to £150m spent on paid streaming subscription services in 2015 alone.

The Playdium taps into the needs and motivations of what some observers are terming the Spotify generation, by providing a smooth, intuitive music solution for a host of venues including pubs, clubs and colleges. Playdium engages with modern consumers in a compelling, relevant way and in the process enhances the profitability of music.”