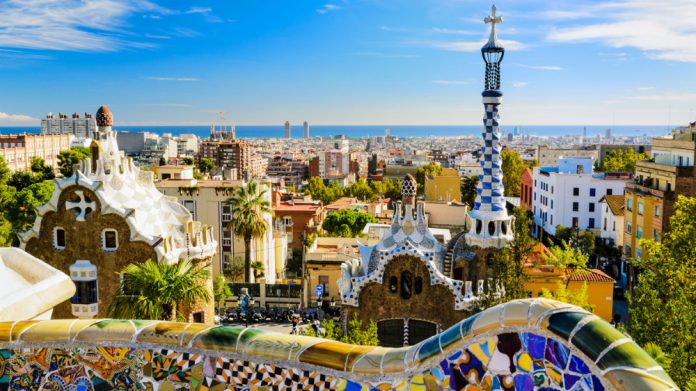 After a fall in attendance at EAS 2015 held in Gothenburg, the 2016 event attracted more than 12,600 guests over three days, with an estimated 8,700 of them classified as buyers.

“Euro Attractions Show 2016 is record-setting,” declared the current IAAPA chairman John McReynolds. “Kudos to the industry and the staff for producing this amazing event, and thanks to the entire region for adopting us for a week. Our industry is constantly evolving and if you miss the show you miss some the most current innovations in the marketplace.”

The event spanned 13,000 square feet of floor space housing some 525 exhibitor booths and also featured an extensive education programme of more than 30 seminars.

Stanley Harris, owner of Ocean Amusements fairground in Felixstowe, attended the Barcelona show with his family as a potential buyer.

“It’s been a good show actually, definitely one of the best ones I’ve been to. It’s been interesting and it’s given me a lot of ideas,” Harris said, although he was skeptical that the prices exhibitors were charging would be paid off sufficiently quickly.

“There’s lots of things I’m thinking of buying,” he added. “They’ve just got to take some noughts of their figures.”

Last year’s weaker attendance has been blamed on a combination of strategic planning, a lack of direct flights making the event less accessible, and Scandinavian weather.