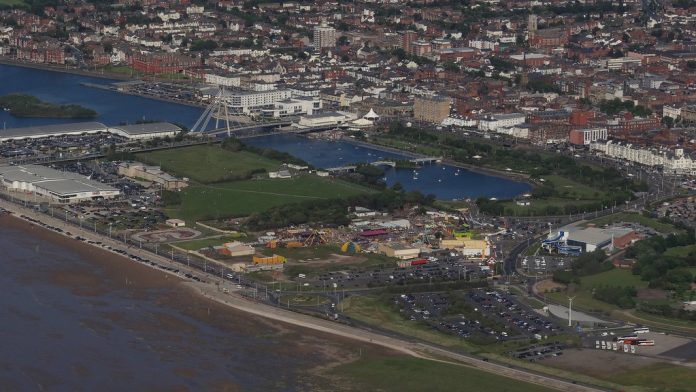 The Southport Pleasureland amusement park is to be transformed if new plans for the regeneration of Southport are given the go-ahead.

The plans, which were unveiled last week, show a large new rollercoaster and new buildings and hotels that would significantly increase the amount of indoor space on the Pleasureland site and boost its credentials as a year-round attraction.

The amusement park would be given the security of a long-term lease, while other enhancements would be made to the Marine Park area of Southport where it is located, to draw footfall in greater numbers.

Several new buildings would be built on the seafront Marine Drive road in front of Pleasureland, in place of its go-kart track and car park.

Near Silcock’s Funland FEC, two inland beaches would be created along the banks of Marine Lake, while new shops and cafes would line one side of Southport Pier, currently the subject of a £2.77m revamp.

“The likely way of achieving this is to retain a theme park attraction. It’s anticipated that the business case for significant theme park (amusement/fairground) investment will need to be tested.

The plans, drawn up by consultants Nexus Planning, said: “The vision for the future of the Marine Park site is to pursue an anchor leisure attraction of regional significance that will attract families and add to the critical mass of Southport’s Visitor offer.

“The likely way of achieving this is to retain a theme park attraction. It’s anticipated that the business case for significant theme park (amusement/fairground) investment will need to be tested.

“Additionally there is an expectation for multi-functional all year round entertainment.”

Part of Victoria Park, which lies next to Marine Park, could also be annexed for development.

The report added: “The Trust which operates the site has indicated that there is the possibility to develop the corner of the park directly adjacent to Marine Park for suitable uses.

“The development of family accommodation such as holiday chalets would tie into other developments in this area.”