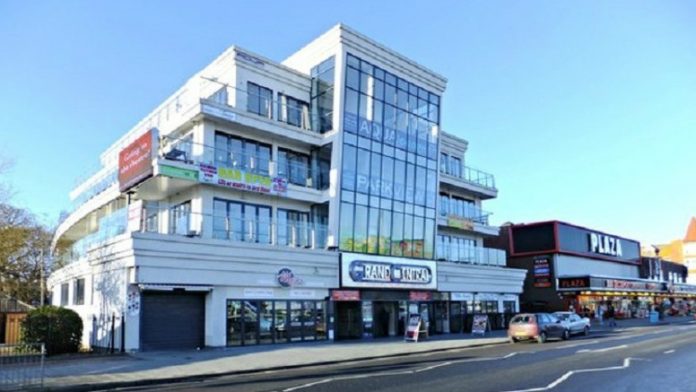 Skegness has received a double dose of good news that could benefit its visitor economy – and amusements businesses – in the long term.

One of Skegness’s biggest amusements and leisure operators has been granted permission to open its third seafront family entertainment centre in the resort.

The Grand Central, which closed on New Year’s Day and has remained unused since, sits between the Lucky Strike and Plaza FECs, both of which are owned by Brian Bell’s Bell Leisure.

Councillor Steve Kirk, portfolio holder for coastal economy, said: “Yet again this is another example of businesses believing in the coast and wanting to invest in the area to secure future prosperity. I am particularly delighted that it is a local business man with strong local connections to the coast.”

The first floor of the new two-storey building would include ten or twelve full size ten pin bowling lanes together with seating and a café and bar area.

Glazed sliding doors would be installed on the south and east elevations to allow customers to sit outside and take in views of Skegness and out to sea.

In the planning application, Bell Leisure said the new FEC would be open for 52 weeks of the year and provide full-time jobs for approximately 50 people.

Bell also intends to create a bridge connecting it to the Plaza FEC next door. If granted, the Plaza’s amusement arcade would remain on the ground floor, but former Rhinos nightclub upstairs would be converted into a bar and restaurant, also with sliding glazed doors overlooking the seafront.

Included in the plan is the regeneration of foreshores in Skegness and Mablethorpe, the continued development of the Visit East Lincolnshire digital marketing platforms and the development of a new hotel on Skegness’s North Parade.

A Caravan Occupancy Period Working Group will examine whether the occupancy for caravans along the coast can be extended by creating a holiday park where the chalets are raised up on stilts, to protect them from flooding.

Councillor Kirk explained: “In spite of a fantastic season, local statistics show areas of deprivation have gone up. Something is not working.”

“We need to secure East Lindsey for future generations to make it safe from the sea. But we also have to be honest with investors that it is a flood risk area. The action plan gives a clear vision for the short-term and long-term.”