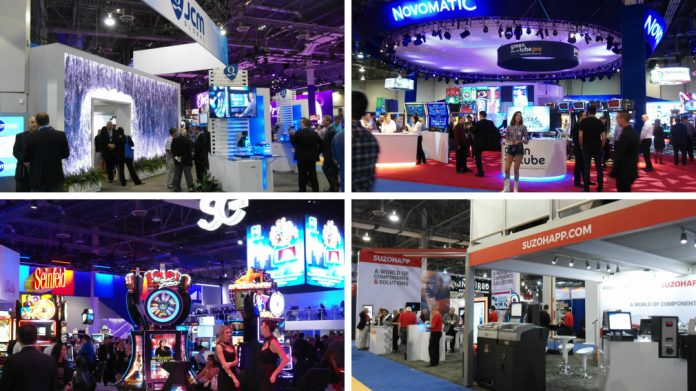 G2E’s trade-show floor is known as a showcase for companies to display new gaming technology, especially slot machines, and this year was no exception.

Scientific Games staged a massive display of products including new brands and licences with the company teaming up with with Warner Bros. Consumer Products to introduce the Seinfeld Slot Game, based on the Emmy-winning comedy series.

JCM brought its most comprehensive portfolio of automated payment systems to this year’s show, including Easitrax Web, a recent software extension of Easitrax Soft Count, an RFID-based cash management system that is now installed in more that 200,000 games worldwide.

Suzohapp, the industry’s leading component, parts and cash management solutions provider, introduced its innovative latest product, the Picture Key Technology from Fairlight. The  panel was displayed in the interactive gaming area of the company’s booth, together with the new Skill Based Controller and a wide range of innovative components.

Novomatic retook it multi-level booth at this year’s event, previewing its The full V.I.P. suite for the first time in the US, showcasing the Novotstar V.I.P. II, V.I.P. III, V.I.P. Royal and V.I.P. Lounge.