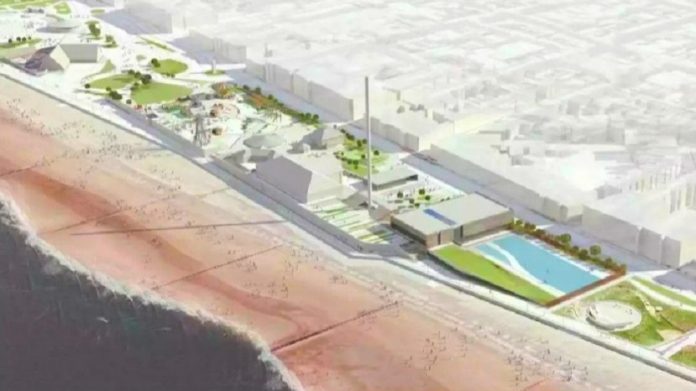 Rhyl amusements operator has welcomed the green light being granted to a £4.5m investment in the first phase of Rhyl’s waterfront regeneration programme.

Les Harker said the investment, which would pay for the project’s ‘Hospitality Zone’ on Rhyl’s West Parade, was “fabulous” news.

As well as Les Harker’s Amusements and Bingo, a number other FECs located on the seafront road stand to benefit, including The Bright Spot, Mr B’s Amusements, Queens Bowling Centre, Parker Leisure and the Palace Fun Centre.

Harker told the BBC: “Yes, there’s going to be a bit of upheaval while the work is going on but it has got to be done.

“Rhyl has been in the doldrums for the last five years and the only way now is up. But they are starting in the right place – with the promenade and the beach – because that’s what people come here for.”

The Hospitality Zone, which is being funded largely by a £3.5m Welsh Government grant, will see the partial refurbishment of the Pavilion Theatre, construction of a new hotel, family pub and a separate restaurant/retail unit and demolition of the defunct Sun Centre indoor waterpark.

A further three phases of the £33m regeneration programme will follow, with an ‘Active Leisure Zone’ bringing the creation of new commercial outdoor leisure activities in the area between Memorial Garden and a new events arena.

“Rhyl has been in the doldrums for the last five years and the only way now is up. But they are starting in the right place – with the promenade and the beach – because that’s what people come here for.”

The ‘Family Entertainment Zone’ proposes the creation of a town plaza, incorporating a selection of restaurants adjacent to the existing cinema and the Sky Tower, which has been earmarked for refurbishment as a static light beacon.

The Aquatic Centre Phase would see a new water attraction replace the former Sun Centre, next to the Family Entertainment Zone.

Councillor Hugh Evans OBE, Leader of Denbighshire County Council, said: “This is an important milestone for Rhyl’s waterfront development and the funding decision signifies the on-going commitment in Denbighshire to progress with this major project.

“Developments and improvements to the promenade aim to not only benefit Rhyl’s economy through increased footfall from visitors  but also the residents of  Rhyl, Denbighshire and wider North Wales communities,  to ensure they know exactly what our town has to offer”