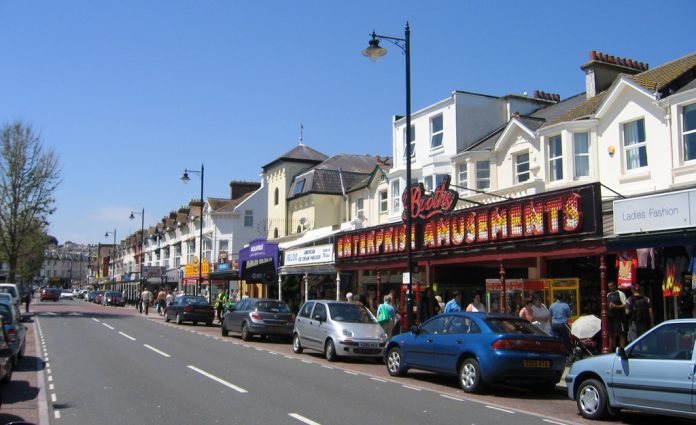 Leisure 2000 in Paignton achieved ‘group’ status this summer, when its owner Gary Bond took over operations at his sole competitor, Enterprise Amusements.

Gary Bond, owner of Leisure 2000, a successful arcade on Paignton’s seafront, has recently taken over operations at his longtime rival, the also profitable Enterprise Amusements only 100 yards inland.

Both arcades had been competitors until this summer, when the owner of Enterprise, Ray Davies, decided to step back and sell the business to his rival. Bond now owns the company and all the machines, but will continue to rent the building from Davies. No longer dictated by the imperative to compete, Bond’s task now is to find the optimum balance between the two attractions.

“I took it over three weeks before the season started so I’ve been mentally busy,” says Bond. “But now I have to compliment the two arcades as opposed to being in competition with each other. It takes a lot of work.”

The first thing he did was to merge his redemption offering. Now customers can play a wider range of different machines across two venues, and cash all the tickets in together at the end for the same prize. In this and many other cases, having two arcades on the same street presents several opportunities, but it all needs to be “retuned,” says Bond.

“Rather than just picking the best piece, I have to think about buying one that I don’t think is as good, but that will complement the other.”

“It’s always been a very well run arcade, which is a credit to the previous owner. But as he was running in competition with me, I have to change the way it works,” he adds.

“Obviously when you’re in competition with people, your buying method is affected by what other people do, but that’s not the case anymore. Rather than just picking the best piece, I have to think about buying one that I don’t think is as good, but that will complement the other. Bond will also be changing the name in November to Leisure Amusements, and will use the same artwork as Leisure 2000, “so people will see its different but the same company,” he says. “It requires a lot more investment, and there will have to be a lot more changes before next season.”

Bond started running Enterprise at the end of June, and the takings this summer have been promising, although Bond explains the weather was a little too good this year.

“Sunny everyday is not always good for me. I don’t want rain all the time, but I like a couple of dull days a week so people come in. Everyone’s been going down the beach, so that has affected us a little bit. But I’ve been generally happy, and very pleased with the new place as well.”