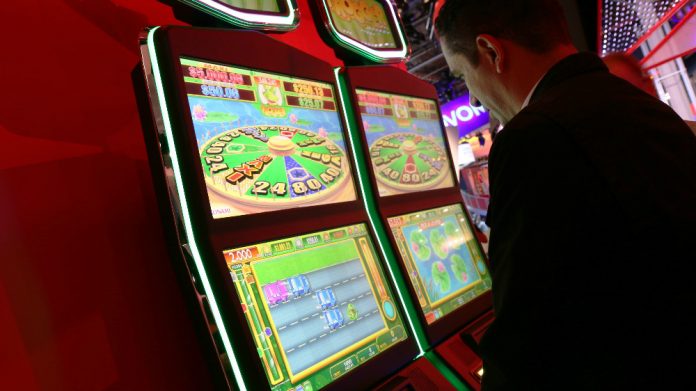 Having upped its development and manufacturing capabilities, Konami Gaming took the floor of the Sands Expo by storm this year: with a number of unique amusement-inspired and skill-based products.

Konami Gaming demonstrated by-far its most expansive product range yet at G2E 2016: with its Concerto cabinet now stretching to five distinct models, and three brand new skill-based slot offerings ready for market. This significant bolstering of Konami’s gaming catalogue is the direct result of expansion at the company’s main manufacturing and R&D facilities, which have doubled over the course of the past two years.

And indeed, this growth in capability has seemingly allowed the manufacturer to tread some entirely new ground.

“Taking pride of place at the entrance to our stand this year are two prototype novelty products, Fortune Cup and Crystal Cyclone,” said Konami VP marketing Matt Reback. “They represent something of a first for us as a distinct gaming manufacturer, but they draw heavily upon our experience and heritage within Japan’s amusement market.”

Mechanical horse-racer Fortune Cup centres around a miniaturised track, with horse-figurines going head-to-head by means of a magnetic field. A limitless number of betting stations can be positioned around the track, whilst a super high-def screen renders a video representation of the physical action in real-time.

For Reback, this symbiosis of digital and analogue technology was important.

“Our Fox Engine – which is what powers video game titles like Metal Gear Solid – gives us almost photo-real graphics, but we didn’t just want to make a purely video-based title,” he said. “For forty years we’ve been building pinball machines, jukeboxes, and arcade amusement machines – products that our players can feel and physically interact with. As casinos are increasingly looking to diversify their gaming floors, we felt it was time to start trialling this kind of technology at G2E – and it’s already proved tremendously popular.”

Crystal Cyclone, meanwhile, runs as a more conventional multi-station slot game – but carries an amusement twist. Players are seated around a multi-ball roulette-style bonus game which, once triggered, they can collaboratively take part in.

“On the one hand, it’s a regular multi-station slot, but then you have this collaborative bonus feature, where everyone is looking around and all rooting for the same numbers, all benefitting,” Reback explained. ”It’s a shared experience, and there’s nothing behind its result other than gravity – which people really trust and enjoy.”

As for example of Konami’s new skill-based entrants, Frogger returned to G2E 2016 in skill-enhanced form – following the classic arcade title’s slot debut at last year’s show. Fully compliant with Nevada’s new regulations and standards, Frogger now allows players to upgrade both their individual and progressives prizes by skilfully navigating through a variety of maps and scenarios.

“So we envision operators having a bank of these side by side and getting people competing against one another. We think it’s something millennials will specifically go to destinations in order to play.”

“With Frogger, we’re aiming to create a real nexus between your skill at the game and the result you get,” Reback stated. “If you get really good, you get a real shot at earning some real money. But at the same time, this game will deliver a range for RTP. It will deliver a floor of 75 percent, which is the required minimum, with a top-end set by the operator. So we control the range, and the player controls where in the range they fall.”

Also presenting as part of Konami’s new skill-based canon was Beat Square, which is based off one of the company’s most successful Japanese arcade titles – Ju Beat. Users familiar with Dance Dance Revolution will see parallels with Beat Square, which serves up players musical notes to hit at the correct time via corresponding buttons. As with Frogger, the better the skill, the higher the pay-table. Those good enough to land in the top-three on the leader board are also eligible for progressive prizes.

“With Beat Square, there’s no reels, it’s entirely skill-based, and there’s the opportunity to have tournaments,” Reback remarked. “So we envision operators having a bank of these side by side and getting people competing against one another. We think it’s something millennials will specifically go to destinations in order to play.”