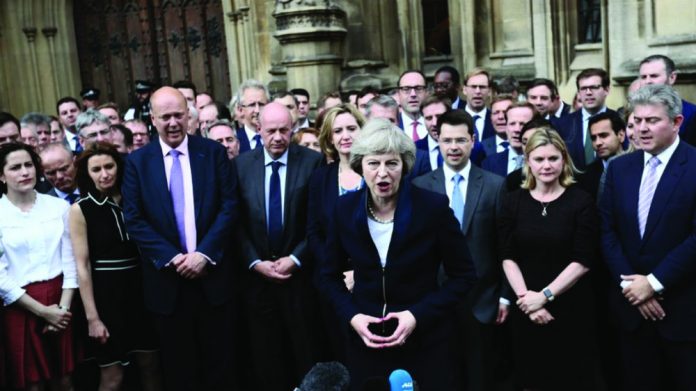 In an uncharacteristically determined fashion, it appears the government is ready to make hard and fast decisions on the near future of UK gaming. Ray Stewart of CC Leisure AGCs shares his hopes for the high street under the May administration.

Just when operators were beginning to lose hope, an unexpected flurry of announcements from central government appears to suggest not only a snap review of FOBTs, but the imminent publication of the Triennial Review.

For Ray Stewart owner of CC Leisure, a string of AGCs in London and the South West, sudden changes to gaming machine regulations risk “upsetting the applecart” during a delicate period for the sector, but with the status quo stacked against him, odds are any changes should be positive.

“It’s sooner than expected, given the political machinations of the last few months,” said Stewart. “So it’s definitely a pleasant surprise. At least a decision of some description will be made this year which could give us the chance to catch up again.”

The optimism that drove last year’s Triennial wishlist is somewhat diminished. Bacta’s request for a £5 Cat C with slower gamecycle now looks a shade too far, with the political eye focused on B2 stakes, it’s unlikely to be raising others. More feasible, says Stewart, is a relaxing of technical standards on Cat C to improve gameplay and allowing operators to “respond to the market” by upping the number of B2s on site.

“I think there’s a reasonable chance we could get the latter, but my worry is they don’t fully understand the difference between a B2 and B3,” he added. “They could easily upset the applecart at a delicate time for our sector, as we come into to a very extensive period of new notes, new coins, and additional red tape.” The list of gripes has grown pretty long under Cameron’s leadership. Many feel that AGCs have been competing with their hands tied, while LBOs have enjoyed relatively free reign.

“David Cameron was a big disappointment on the uncontrolled proliferation of betting shops,” Stewart added. “Unfortunately he was touched by the lobby groups. That was plain for all to see.”

At least two stark examples of a warped and illogical market feed inklings of foul play.

“Why must we have two members of staff to operate machines, while another, which takes over the counter bets and operates the most aggressive machine, only needs one?” he asks. “It makes no sense, there’s no logic.” He goes on to question why AGCs are not allowed FOBTs, “not that we would want them,” he qualifies, “but if they’re good enough for bookmakers with one employee, why not a dedicated machine gaming venue with more staff?” Stewart’s only conclusion is a captured political process: “They’re a big lobby and pay a lot of tax.”

“Thankfully, it sounds like the new administration is taking a different view,” he tempered.

“This government’s only been in place for two months, and this is a very minor issue on the overall agenda. If all of a sudden this review is going to be done and dusted by the end of the year, then it proves they want to get on with it, not to kick it into the long grass, and face up to the facts. Come what may, you’ve got to respect that.”