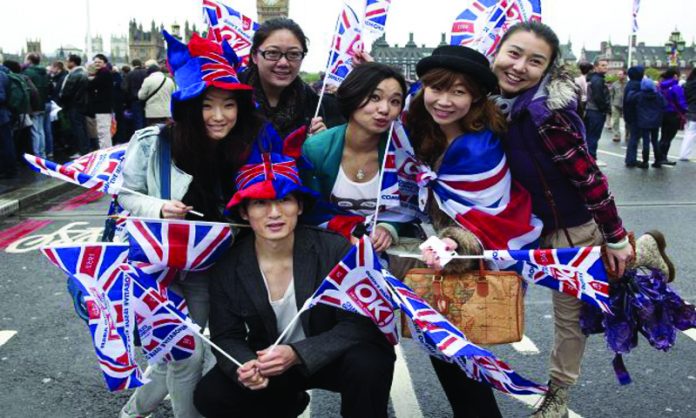 Chinese tourism could be the shape of things to come for Britain’s visitor economy, despite fears of a slowdown, the country’s economy is still growing with 120 million Chinese people travelling abroad last year.

Chinese tourists are now the world’s biggest holiday spenders, yet the UK has still not reaped the full benefit of the growth in Chinese outbound travel and Britain continues to fall behind its European competitors in terms of Chinese visitor numbers.

While the immediate impact of Brexit has been positive and the EU referendum provided a temporary boost to Chinese tourism in July – propelled by the weak pound – the longterm outlook could be less optimistic.

In particular, retailers are concerned that tourists in Britain may have to pay import duties on items bought in the UK before travelling to the EU, which would be a major deterrent to visiting the country

This visa allows travel to any or all Schengen states, but visitors would need a separate UK visa to add Britain to their itinerary and government figures show that that only eight percent choose to apply for a second visa.

The UK China Visa Alliance [UKCVA] estimate this under-performance costs the UK around £1.2bn a year in lost revenue from Chinese visitors.

Ironically, changes in Schengen area regulations are also causing concern in the UK. In October 2015, Schengen introduced biometric visas in China which has had a negative impact on Chinese tourism in the Schengen area, causing a seven percent reduction in Chinese spending in Q1 2016 according to statistics from Global Blue.

Worryingly for the UK, there appears to be a knock-on effect due to the fact it is now more difficult to apply for two visas. In Q4 2015 Chinese spending in the UK fell by five percent and in Q1 2016 it fell by a significant 20 percent.