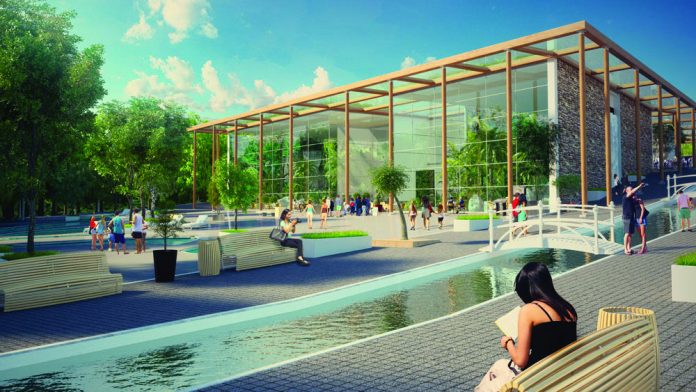 Cornwall Council officials are set to announce if they will support a project billed as Britain’s “first six-star resort”.

The plans call for a new resort to be built on the site of the former Crealy Adventure Park, which was purchased last year by businessman John Broome, an industry pioneer who helped build up Alton Towers into Britain’s biggest theme park in the 1970s.

Occupying over 90 acres of countryside, the Camel Creek scheme involves the creation of a holiday and leisure park with 236 holiday lodges, facilities, exhibition space, a convention centre, a variety of food and drink outlets and shops.

The council’s Economic Planning team has thrown its weight behind the project, saying it would “support a tourism destination and high quality destination product which has the potential for all weather facilities.”

However the the Environment Agency has stated that it remains concerned about sewage discharges, despite lifting an earlier objection based on flooding fears, subject to a suitably engineered flood-prevention scheme.

“If the Camel Creek Resort is developed there will be 997 jobs on site and at all levels as befits a luxury resort.”

Before councillors meet on 22 September, planning officials have to report on their 12 months of negotiations with Broome and his team. Local opinion was divided, but many have welcomed the creation of employment opportunities in a county named the “UK’s poorest region” by the EU last year.

“If the Camel Creek Resort is developed there will be 997 jobs on site and at all levels as befits a luxury resort,” said Broome.

Cornwall Council’s Strategic Planning Committee is due to rule on the application next week, a year after plans were first submitted.