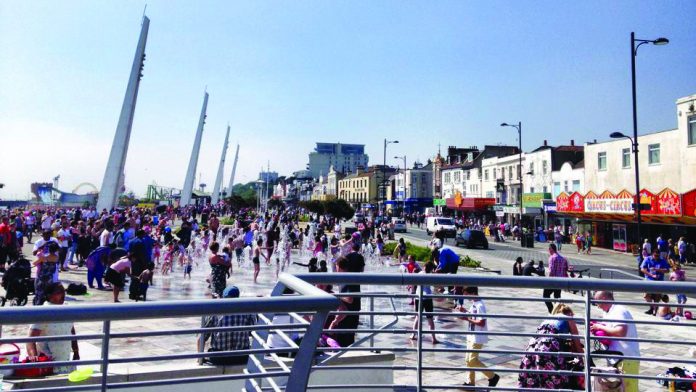 The situation on Southend seafront has become so bad that its businesses are to set up their own advance-warning communication network.

Businesses on Southend’s seafront, including its amusement arcades, are to create their own radio communication network in response to a spate of antisocial behaviour and crime activities at the resort this summer.

The incidents have become so frequent in 2016 that business owners have concluded the only option was to group together to co-fund the radio system, to provide them with advance warning of any potential offenders in the area.

Martin Richardson, owner of the Happidrome family entertainment centre on Southend’s Marine Parade, said he would go even further and shame persistent wrongdoers by posting CCTV images of their offences on Facebook.

He told local newspaper the Echo: “We want to prevent antisocial behaviour and crime and offer a safe environment for people to visit.

“This year has been horrendous for antisocial behaviour – we have had people who have no respect for anyone, not even their own kids.”

Southend’s traders already have the resort-wide Town Link radio system at their disposal, but the scale of the problem has prompted those on the seafront to institute their own exclusive network in addition.

“This year has been horrendous for antisocial behaviour – we have had people who have no respect for anyone, not even their own kids.”

Richardson explained: “The police don’t always want to come to these things and they are not always police matters.

“But we need to look out for each other as a community. It’s such a shame that people have got a lack of respect.”

The Happidrome owner listed just a few of the incidents he has had to deal with over the summer season, including parents who allowed their children to urinate into a pot inside the FEC; families getting changed out of swimwear inside one of its photo booths; a man walking around the arcade with a cannabis joint behind his ear; and a mother who refused requests to pick up food dropped by her son and instead trod it into the Happidrome’s carpet.

Other seafront businesses at the resort have been hit by people attempting to use stolen credit and debit cards, as well as fake currency, to complete transactions.

Richardson said the final straw came when he had to eject two “slot-rakers” – people who take loose change from coin-op arcade machines – who had stolen a pot of 2p pieces from a four-year-old boy.

He commented: “It was probably about 40p in total but that’s not the point. They come down here to steal from kids. It is absolutely disgusting.

“Every single time that someone comes into my arcade and does that sort of thing I am going to put it on Facebook.”