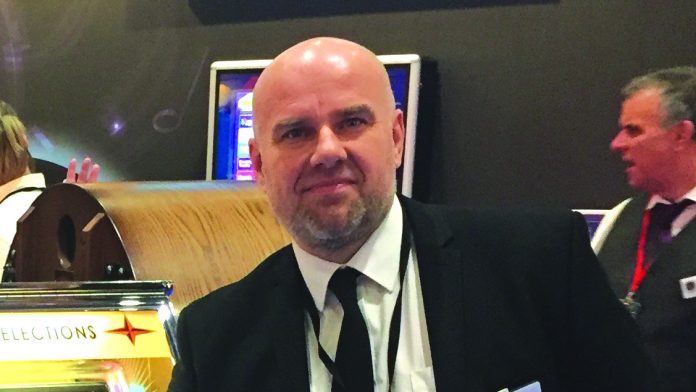 Following a summer of sun and football, Soundnet’s Toby Hoyte has revealed the top 10 tracks from the Euro 2016 playlist, as well as offering insight into regional jukebox preferences.

How has the jukebox sector fared over the summer?

I would say this summer has been ‘steady to good’ for jukebox income. Obviously the school holidays and periods of decent weather which encourage people to socialise outdoors as opposed to staying inside the pub, isn’t the most positive combination for our sector, but the data that we’ve seen and the anecdotal evidence suggests that it has been a decent period.

The phrase ‘expanding the user base’ has been in circulation ever since I joined the business, to the extent that it’s become something of a mantra which applies to all forms of in-venue entertainment, whether it’s gaming or music. As the industry specialists we are constantly exploring how we can harness the popularity of music, expand the jukebox user base and in the process enhance income for our customers.

How effective was Soundnet’s euro playlist?

Curating music isn’t something which can be taken lightly – if you get it wrong it can really backfire. We avoided a ‘one size fits all’ approach and instead produced four separate play lists, for England, Wales, Northern Ireland and the Republic of Ireland. In addition every site, including those in Scotland who weren’t involved in the Euros, received a general ‘Adrenaline Anthems’ playlist that contained non-partisan songs.

In terms of overall popularity, the top ten, most played artists and tracks from our Euro 2016 list were: Fat Les – Vindaloo; Baddiel and Skinner and The Lightning Seeds – Three Lions; England New Order – World In Motion; Andy Williams – Can’t Take My Eyes Off You; Ant and Dec – We’re on the Ball; Manic Street Preachers – Together Stronger (C’Mon Wales); Stereophonics – Have A Nice Day; Farm – All Together Now (Euro 2004); Shout For England Feat. Dizzee Rascal – Shout; and Fat Les – Jerusalem.

Have you noticed any regional trends in terms of popular music genres/artists?

I personally prefer to avoid sweeping generalisations, simply because there are always exceptions to the rule. However, if I’m pushed to comment, I would say in London and the South the popular genres are more dance-based, in the Midlands and North I would highlight big bands such as Oasis, Guns N’ Roses and the Red Hot Chilli Peppers and in Wales there’s an appetite for home grown talent, notably Stereophonics, Tom Jones and Super Furry Animals.  One artist, who I guess not too many Coinslot readers will be aware of but who is played a lot, is the late David Alexander. Sometimes referred to as the poor man’s Tom Jones his first single was the 1971 homage to the country of his birth, ‘If I could see the Rhondda One More Time.’

How successful has your rental option been this summer?

It’s been fantastic and I believe that we have set the standard in terms of listening to customers, understanding their requirements and delivering a commercially robust and attractive solution. I’m delighted to say the results show that we have been in-tune with the needs of the market.

What options do you offer on background music?

We believe this is a significant growth area for operators and the opportunity exists in a host of retail environments, not just in pubs. The soundjack BGM is a tablet based system with a monthly subscription. Having consulted with the operator and gained an understanding of the customer profile, including any differences which might take place in the clientele from day to evening retailing and at weekends, we curate the music selection accordingly.

Operators also have the option of the soundjack App.  This enables end-users to select their preferred music choices from the curated tracks, using their smart phone. It’s very important to recognise that not only is the soundjack BGM system a no hassle, plug-in-and-play, versatile solution but it is also 100 percent compliant with all the requirements set out by PRS. The future for this particular initiative is very, very strong and provides operators with a straightforward method to earn more income than they can from renting pool tables, for example.