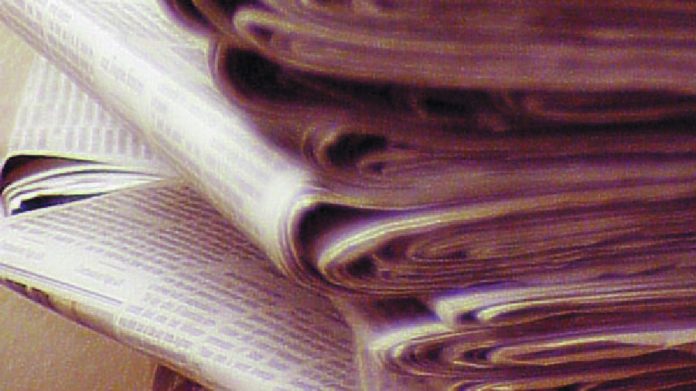 It’s claws or nothing this week, as controversy grips two side of the grabber industry. It seems the fun-police are out in force and god help those that want a bit of harmless fun.

It’s claws out for this week’s look at the world’s media, starting with the developing controversy over cranes in the USA that many will hope is not replicated on this side of the Atlantic.

The Press of Atlantic City explained in a rather slanted opinion piece: “State Sen. Nicholas Scutari proposed a New Jersey-style approach this hot summer month, when shore arcades are busy entertaining those who need a break from the beach. He wants more regulation of the licensed and inspected claw games, in a quest to ensure they’re not “completely rigged.”

“Many people are unconvinced the claw-game menace merits the attention of the Legislature, not with infrastructure projects halted for lack of funding, the government pension hole deepening and the state economy still sluggish. Even by the summer standard of an occasional cotton-candy-weight political impulse, Scutari’s appeal to public outrage was weak.

“The N.J. Amusement Association mounted a defence about as wilted as the senator’s crusade. It said “the more you give away, the better it is for people, so the idea that they’re rigged is wrong.” If the statement were just a little more ludicrous – pushing beyond just ignoring the obvious fact that giving away much less than players pay increases claw machine profits – it could have been amusing.

“Of course the claw machine operator must win, just as the state must win with its lotteries and casinos must win with their slot machines. But we wonder if technology to improve profits hasn’t dropped claw machines outside of existing law.

“In the old mechanical days, the operator’s ability to rig the machine was limited. The strength of the claw could be set and its range restricted, but these would quickly be obvious enough to players that they’d quit playing.

“These days, electronics allow the claw to be programmed to weaken when more valuable prizes are attempted, and to make failing seem more random than it is. Remotely controlling the machine also could easily be done in a way that’s difficult to detect.

“Scutari’s answer is for the state to develop and enforce mechanical and programming specifications for claw machines. We imagine that improbable level of control slipping from the state’s grasp despite putting money into it repeatedly. There seems to be a cheaper, more straightforward way.

“The state code already prohibits games “where the outcome of the game is controllable or may be influenced in any way by the operator by any arrangement, installation, plan or scheme, or by electrical, electronic, sonic, mechanical or other device.” This sounds like programmable claw games already are illegal.

On the manufacturing side of the crane business, Intergame revealed that popular manufacturer Elaut is engaging in a war against copycats. In a firm bid to defeat copiers, Belgium’s Elaut has taken out a European patent for its E-Claw crane mechanism.

The patent applies in Belgium, the Netherlands, Luxembourg, France, Germany, Austria, the UK, Ireland, Italy, Spain, Portugal, Denmark, Sweden, Finland and Poland and other countries will follow in the next few weeks.

The patent means that Elaut is able to prohibit any third party from manufacturing without consent, offering, marketing, using or importing the protected device. Elaut has made it clear that it will take immediate legal action for any infringements.

Eric Verstraeten, managing director of Elaut NV, noted that: “Since its inception Elaut has invested millions of dollars in research and product development and has always been at the forefront of developing the state of the art technology that is used in Elaut arcade game machines.

“Elaut has also invested considerable resources to protect its intellectual property by acquiring utility and design patents to protect our inventions and by registering our valuable trademarks in the US and Europe. It is fundamentally unfair for a competitor to use our technology or adapt a name confusingly similar to one used by Elaut without first acquiring a licence from Elaut, assuming Elaut is willing to grant a licence.”

Glenn Kramer, CEO of Elaut USA, added: “Unfortunately the industry is rife with companies who apparently do not respect Elaut’s intellectual property rights and believe that they can introduce, with impunity and without consequences, products that are often cheaper and of lower quality, incorporating patented features found in Elaut game machines. Doing so clearly provides them with a competitive advantage without the financial burden of paying for the research and development behind such features.”