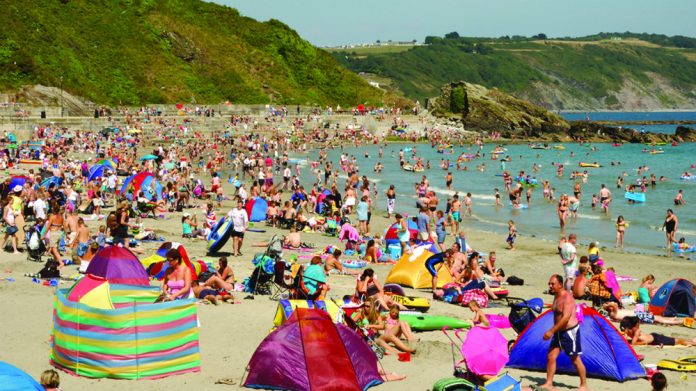 The Visit England Tourism Business Monitor 2016, covering the period from Easter to mid-July, shows better than expected results for the sector with very few businesses reporting any impact from June’s referendum.

While Brits have been confronted with a  rash of gloomy economic forecasts since the vote to leave the European Union just over two months ago the results of the Visit England Tourism Business Monitor 2016 could indicate a light on the horizon.

Wave three of the report – covering the period from after the Easter holidays up until mid-July – shows that following a somewhat mixed performance over Easter, both accommodation and attractions businesses have reported a net increase in visitors as they entered the summer months.

Additionally, while the survey showed that hotels, and larger and outdoor attractions were most likely to report an increase in visitor numbers, in general business confidence about the summer holiday period was strong.

In the accommodation sector, the number of businesses claiming to feel “very confident” about the summer was at a record high for the survey, as was the proportion who reported their advance booking figures to be “very good”.

In the wake of 23 June’s Brexit referendum, so far only a minority of businesses have reported having seen any impacts from the vote and these are mainly confined to accommodation rather than attractions.

On balance, the effects experienced to date are positive for domestic visitors, but slightly negative for overseas visitors, although it should be noted that only between 1-2 percent of businesses have seen any actual cancellations.

Looking ahead, almost half of accommodation businesses believe that the referendum will have a positive impact on domestic visitor numbers.

The majority of accommodation businesses do not expect any impact on overseas visitor numbers from the vote but among those who do, the balance of expectations is positive although sentiment is far more mixed compared to expectations for the domestic market.

Attractions are even less likely to expect any impacts, but where they do, they expect a positive impact for domestic and, to a lesser degree, for US and long haul markets, with opinions divided about the impact for European visitors.

Expectations of overall 2016 performance remain positive on balance, but optimism is more muted than in recent survey periods.

However 86 percent of businesses strongly or slightly agree that it is too early to say what Brexit impacts will be.