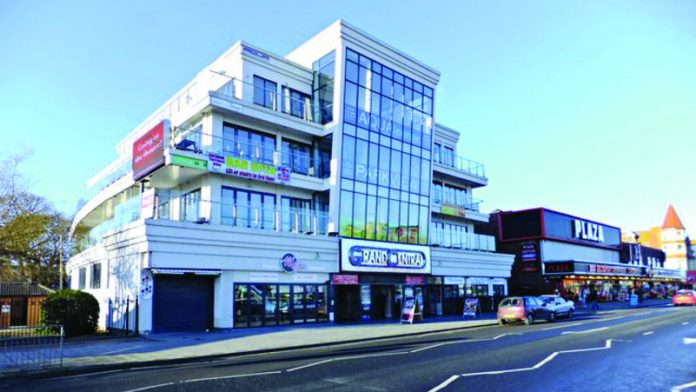 Bell Leisure’s Brian Bell is clearly confident in Skegness’s tourist economy, having lodged an application to create his third FEC at the East Coast destination.

One of Skegness’s biggest amusements and leisure operators is hoping to open its third seafront family entertainment centre in the resort town.

Bell Leisure has submitted plans to East Lindsey District Council to demolish the four-storey Grand Central complex and replace it with a brand new FEC.

The Grand Central, which closed on New Year’s Day and has remained unused since, sits in between the Lucky Strike and Plaza FECs, both of which are owned by Bell Leisure.

The first floor of the new two-storey building would include ten or twelve full size ten pin bowling lanes together with seating and a café and bar area.

Glazed sliding doors would be installed on the south and east elevations to allow customers to sit outside and take in views of Skegness and out to sea.

In the planning application, Bell Leisure said the new FEC would be open for 52 weeks of the year and provide full-time jobs for approximately 50 people.

Bell also intends to create a bridge connecting it to the Plaza FEC next door. If granted, the Plaza’s amusement arcade would remain on the ground floor, but former Rhinos nightclub upstairs would be converted into a bar and restaurant, also with sliding glazed doors overlooking the seafront.

The plans come after a recent tourism study revealed that visitor numbers to East Lindsey increased for the seventh consecutive year.

Scarborough Tourism Economic Activity Monitor’s figures showed that the district brought in nearly a quarter of Lincolnshire’s tourists, with 4.53 million visitors in 2015, an increase of 260,000 on 2014.

At the same time the value of tourism has increased to an estimated £584m for the district.

“With the number of companies showing an interest in the town dramatically increasing it would appear our message ‘we are open for business’ is being heard loud and clear.”

Councillor Steve Kirk, East Lindsey District Council’s portfolio holder for the coastal economy, said: “We welcome this proposed investment, which will undoubtedly have a positive impact on local jobs and the economy of the wider area.

“With the number of companies showing an interest in the town dramatically increasing it would appear our message ‘we are open for business’ is being heard loud and clear.

“Tourism is a key economy in East Lindsey and the district council along with private sector businesses continue to work hard to grow the sector.

“The coast remains particularly attractive for family breaks and with ongoing private sector investment the offer is continually improving.

“A continued aspiration for the council is looking at lengthening the season particularly along the coastal strip.”