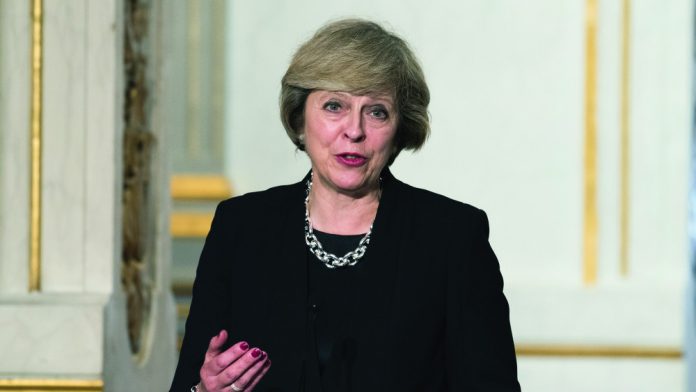 The government is hoping to build on the record-breaking success of 2015’s 36 million visitors to the UK as it unveils its new tourism blueprint.

With the announcement of the Government’s new tourism blueprint, including a £40m fund for tourism projects nationwide, Theresa May has pledged that Brexit will create “opportunities for growth” in the tourism sector.

Aiming to build on last year’s 36 million visitors to the UK, who contributed £22.1bn to the economy, the first grants from the £40m Discover England fund have been awarded to projects and organisations across the country with the aim of increasing tourism outside of London.

“The British people’s decision to leave the European Union creates real opportunities for growth and we will work in close partnership with the tourism industry, to ensure it continues to thrive as negotiations on the UK’s exit progress,” said May in a statement.

“The British people’s decision to leave the European Union creates real opportunities for growth and we will work in close partnership with the tourism industry, to ensure it continues to thrive as negotiations on the UK’s exit progress”

Coinciding with the August bank holiday weekend, the new action plan includes measures to make it easier for tourists to travel across the UK by rail in addition to the introduction of a flexible apprenticeship scheme, which will allow training to take place over 16-18 months reflecting the seasonal nature of the tourism industry.

“We are making it easier for visitors to travel beyond London and experience all of the world-class attractions the UK has to offer, to make sure the benefits of this thriving industry are felt by the many and not the few,” she added.

It also contains measures to combat red tape with ministers set to address changing licensing rules to allow bed and breakfast owners to offer customers a welcome drink and to amend vehicle licensing regulations to allow them to pick up their guests from train stations.

Karen Bradley, the new Secretary of State for Culture, Media and Sport, suggested that the initiative would “further strengthen tourism outside of London to ensure that growth from the sector is enjoyed right across the country.”

The move has been warmly received by the British Beer & Pub Association (BBPA), commenting on the announcement, Brigid Simmonds BBPA CEO said:

“Going to the pub is third on the list of things to do for overseas visitors to Britain and seven out of ten visit a pub whilst they are here.

“Local pubs can look forward to working with the recipients of the Discover England Fund and I very much welcome the Prime Minister’s support for tourism.”

Coinciding with the new measures, Communities Minister, Andrew Percy, has also announced a scheme to create 20 new coastal community teams in seaside towns across the UK aiming to boost tourism to Britain’s beaches.

“Across our Great British Coast we’ve got an amazing variety of resorts to be proud of from Cleethorpes to Brighton and beyond,” said Percy.

“New coastal communities teams in seaside towns will be helpful [given that] around 15,000 pubs are in coastal areas,” added Simmonds.

Of the seven projects announced so far, five are based in the south of England, including Kent, Surrey and Devon.  Gloucestershire-based Compass Holidays has received funding to develop its tourism app; while Birmingham-based Leopold Marketing won funding with the brief to develop tourism outside London and Scotland.

Funding has also been allocated to support plans from Golf Tourism England to boost the country’s popularity as a golf tourism destination and proposals from the English Riviera Tourism Company to enhance the Riviera’s status internationally as a region for quality seafood.

A spokesman for the Department for Culture, Media & Sport confirmed that funding for further projects would be announced in due course.