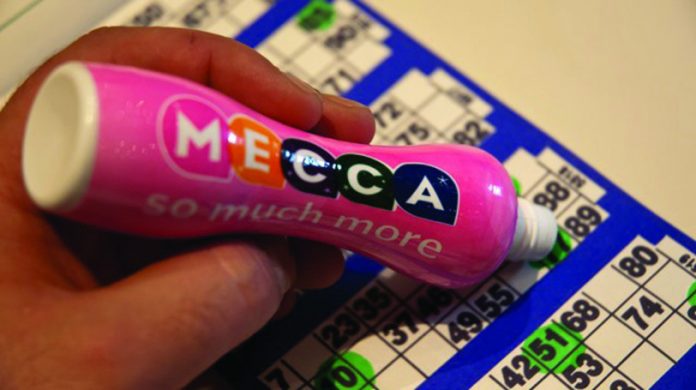 A new breed of bingo hall may be making its way to Britain’s high streets in the not-too-distant future, as the Rank Group announces plans to unleash ‘convenience bingo’ on the market.

Just days after throwing in the towel on its £3.4bn bid for William Hill, the Rank Group has unveiled plans to put its money on the bingo industry, with a new chain of high street ‘convenience’ bingo operations currently in the making.

The owner of Grosvenor Casinos and Mecca bingo halls hopes that the concept will attract new, younger customers, bringing the classic national pass-time up-to-date with current consumer wants in a fresh, new format.

The move is an original take on a general trend towards updating and re-branding for a younger audience in the bingo industry, with a number of other bingo operators transforming their retail offers to appeal to a broader age – and gender – demographic. For example, Southampton Gala Bingo’s new “two ways to play” venue, launched at the beginning of the year, targeted millennials with a ‘pub-bingo’ offer alongside its traditional quiet bingo hall.

Rank CEO, Henry Birch confirmed that the bingo branch could grow to more than 100 sites if it is successful, and will also have a parallel online offer. Speaking to the Telegraph, Birch positioned the new enterprise as complementary of the Mecca brand, rather than replacing or superseding it, likening the concept to major supermarkets offering smaller, local branches in city-centres:

“Mecca in the retail world is slightly a product of the 1960s, 70s and 80s in terms of where they’re located and what the clubs look like,” he told the Telegraph.

“Much like Sainsbury’s and Tesco created Sainsbury’s Local and Tesco Metro we’ve actually observed that people increasingly want to go out more in city centres.

Rank aims to trial the concept by opening two or three of the new, smaller convenience-style clubs in the first half of 2017. It’s not yet clear whether the sites will feature a machine offer, or what the nature of that might be.

Birch was silent on the name of the new chain, but confirmed that it would differ from Mecca halls, so named partly because they have tended to be large, out-of-town sites that require a concerted effort to visit on the part of the consumer. According to the Telegraph, a subsidiary of Rank recently registered trademarks for ‘Luda’, ‘Luma’ and ‘Kuda’, which could be potential names for the new brand.