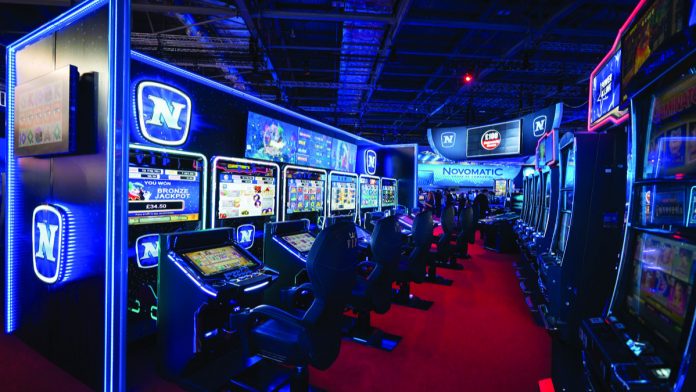 A spate of successful acquisitions saw Novomatic smash its previous revenue records, turning over €1.1bn (£950m) in the first six months of the year.

Austria-based gaming giant Novomatic saw its revenues grow by 10.8 percent in the first half of 2016, with the company posting record-breaking turnover of €1.1bn (£950m).

Earnings before interest, tax, depreciation and amortisation (EBITDA) stayed relatively flat at €287.2m (£244.8m), while operating profit dropped to €141.4m (£120.5m), in part due to increased operating and personnel expenses.

Since the 31 December 2015, Novomatic’s balance sheet total has grown by 8.7 percent to €3.26bn (£2.78bn), while the number of employees has grown to more than 22,000 after a spate of acquisitions and new expansion activities.

In June 2016, Novomatic acquired Talarius Group – the operator of 7,500 gaming terminals and 162 gaming facilities in the UK– cementing the firm’s place as the largest AGC operator in the country.

“We pursued our growth strategy during the first half of the year and have undertaken a number of important expansions,” commented Novomatic chairman Harald Neumann.

“With our acquisition of the British gaming operator Talarius, we have further increased our market share in the important UK gaming market, and we are now the largest operator of gaming arcades in the UK.”

“Our intention to acquire a stake in the Australian listed gaming technology company Ainsworth would give a massive boost to our market position in Australasia, as well as in North and South America”

During the period, Novomatic also launched an AU$473.3m (£273m) bid to purchase a majority stake in gaming solutions supplier Ainsworth – a move that is expected to go ahead in the second half of 2016. The Sydney-based gaming

“Our intention to acquire a stake in the Australian listed gaming technology company Ainsworth would give a massive boost to our market position in Australasia, as well as in North and South America,” said Neumann.

In its interim financial report, Novomatic revealed that it would continue the aggressive acquisitions strategy that has seen it make several purchases throughout Europe in the past six months.

As well as the high-profile Talarius acquisition in the UK, the firm also secured stakes in a number of operators in the German and Italian gaming markets, including Germany’s TurhanSpielsalon and Italy’s Electro Systems.

Meanwhile, the company remains strongly focussed on developing its position in Asia, where it announced that it would be solely committed to attending to Macau Gaming Show (MGS) for the next three years.

“G2E Asia is still important, so that’s why we have a presence here via Jade Entertainment,” Mike Robinson, manager of international communications, told GGRAsia at the time. “But the Macao Gaming Show has a closer association with the government.”