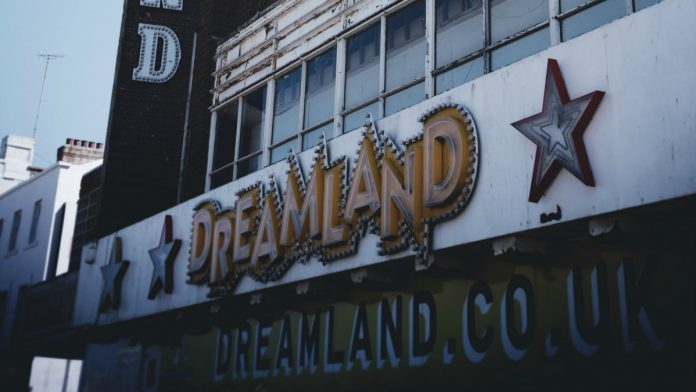 Kent-based vintage theme park Dreamland has agreed a deal with the producers of Britain’s Got Talent to host the first pre-judge round of auditions on 10 September.

Britain’s Got Talent, one of the UK’s most popular reality TV series, will be heading to Dreamland Margate on 10 September to hold its next round of auditions.

The team behind the hit television show is putting feelers out for people who think they can impress and entertain – and those who manage to convince them at the Dreamland Margate ‘Ballroom’ could secure a place at the judges’ auditions in 2017.

“We’ve had some amazing winners over the last ten series, from this year’s champion Richard Jones, who was the first magician to ever win the show, right through to Paul Potts, Diversity and Collabro,” said Amelia Brown, the show’s executive producer.

“We can’t wait to see what talent Margate has to offer.  Anyone can apply – there is no age limit and we are looking for all kinds of talents, so if you feel you have something special to show us then make sure you apply, you never know where it might take you.”

This year’s series marked the tenth anniversary of the show, which was first won by soldier and magician Richard Jones. Aspiring acts can apply now online or register for one of the audition days later in the year. They can also apply by sending in a video audition of their act.

Dreamland Margate, a vintage fairground spearheaded by Hemingway Designs, has been struggling with spiralling debts since it opened last year.

Despite having liabilities of more than £14m and going into administration in May, the theme park has remained open and is currently undergoing new developments and refurbishments funded by the Coastal Communities Fund.

Dreamland has also been diversifying its output with themed events, concerts and this latest venture in collaboration with Britain’s Got Talent. The park has also continued to trade normally as a family-oriented amusements venue.