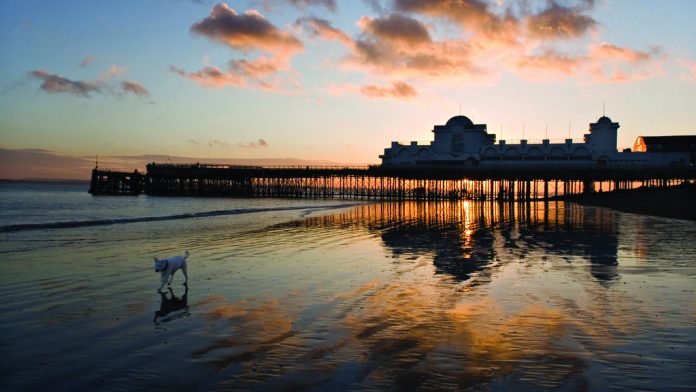 The owners of South Parade Pier are investing in its future, with a plan to reopen the historic venue before spring 2017.

The owners of Portsmouth’s South Parade pier, closed since 2012 due to health and safety concerns , hope to re-open it by spring next year.

The Grade-II listed pier in Southsea, was closed in 2012 after being deemed “a danger to the public” and at risk of collapsing, but following works the 136-yearold landmark could be set to reopen by spring 2017.

In April the owners got a legal ruling lifted for the first 51m (167ft) of the pier, allowing them to open that section and enter into formal negotiations with prospective tenants.

“We need to ask people to be patient and to understand this is a complex building, it’s more important that we get it right,” said Malcolm Belcher, project surveyor and spokesman for the pier’s owners. “We want this to be an asset to the people of Portsmouth.

“To open the pier up completely was always going to be a significant task, so we’ve decided to open it up in chunks from front to rear.”

“We’re at the advanced stages of negotiations with a number of prospective tenants, including a wine bar, a patisserie, an AGC, and a restaurant”

The pier houses twelve concessions, Belcher reports that between six or seven of these are now in advanced stages of occupation, leaving four or five that are still looking for tenants. “We’re at the advanced stages of negotiations with a number of prospective tenants, including a wine bar, a patisserie, an AGC, and a restaurant,” he said.

“Two of these tenants want to begin their fit-out works in October and hope to be ready for a Christmas opening, although this date is not fixed.”

South Parade Pier Ltd, a consortium consisting of Tommy Ware Snr, his son Tommy Ware Jnr, Lawrence Mendel and another member, purchased Southsea’s Victorian pier in 2014 for an undisclosed sum and have stated that repairs in excess of £2m have been carried out on it so far.

“A lot of people imagine that there must be millions of pounds of bank finance thrown into this project but it’s quite the opposite,” added Belcher.

“There’s no corporate or local authority funding involved, I would emphasise that the pier is in private ownership and its restoration has been funded by a local family, but the time scale for that restoration is dictated by the success of the owners’ other businesses.”

Belcher states that the project team are “working as hard and as fast as we can with the available resources” but clarifies that the owners are willing to make further funds available.