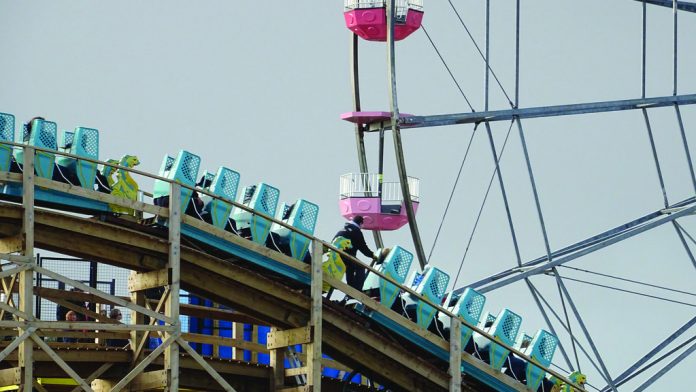 At a meeting of the amusement park’s creditors, Dreamland’s administrator revealed that the attraction will more than likely be put on the market when it can prove it is a going concern.

The administrator overseeing the Dreamland Margate amusement park have admitted it is likely to be sold in the medium to long term.

Duff & Phelps was called in by operator Sands Heritage in May after insufficient visitor numbers meant the park was generating an unsustainable level of revenue.

At a meeting with Sands’ creditors last week, the administrator distributed a report chronicling the various setbacks Dreamland has suffered and listing a set of proposals to move forward with.

The report said: “A sale of the business and assets of the company is likely to be the eventual outcome of the administration, however, an immediate sale is not being pursued.”

Those that attended last week’s meeting heard the seaside amusement park – which owes its creditors £2.9m – will stay open over the summer, with the change to a free entry system in June having already resulted in increased footfall.

But it is understood that the administrator said it was too early to know what the long-term future would be for the attraction.

It is thought the creditors were told that more information was required before it could be ascertained whether the best option was to close or sell Dreamland, but summer trading would help.

While Duff & Phelps are not believed to be looking at a sale in the short term, it will look to draw up measured financial forecasts with data accrued over the next couple of months.

It is our aim to maximise the return for creditors, and in our experience, these enhancements and investment will improve the prospects for a successful outcome for the business.

After the event, Benjamin Wiles, Duff & Phelps managing director, said: “A meeting of creditors was held today, during which we confirmed that Dreamland will continue to trade.

“By doing so we are able to implement a plan to turnaround the business through investment in the site, enhancing the customer experience and developing an exciting programme of future events.

“It is our aim to maximise the return for creditors, and in our experience, these enhancements and investment will improve the prospects for a successful outcome for the business.”

In a statement, a spokesperson for Thanet District Council, one of the creditors that attended the meeting, said: “The council has no wish to reprise past events. The fact of Sands Heritage going into administration was a failure of that company, not of the council, which has acted in good faith and tried its utmost to maintain a successful Dreamland.

“Despite these efforts, the company did enter administration, a decision over which the council had no control. We are now working positively with the administrator to help keep the park open and play our part in trying to find a long-term solution.”