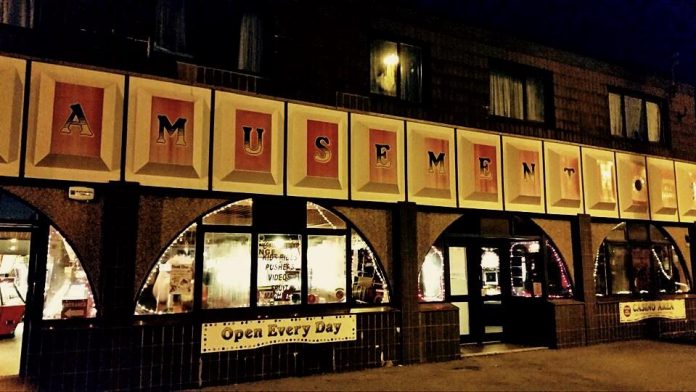 Like many operators, Lee Stefani of Harbour Lights Leisure in Fleetwood, has recognised how the market is changing; competition from both bookmakers and home consoles is hurting his fruit machines and video games. At this year’s EAG he intends to keep his eyes on products that will foster his family-friendly coastline experience.

“The current trend in staycation is staying,” said Stefani. “And given that a lot of popular holiday hotspots abroad are being labelled as dangerous, I think it will probably double the staycation footfall in 2016. If that’s the case you’ve go out of your way to improve things as best you can, given your budget.”

As an operator who remains relatively busy over Christmas, the quiet period in January is a perfect opportunity to reflect on the past year: trawl through the figures and see which areas have seen the most growth.

“January it gets quiet again, so it’s a good time to think about what’s worked for us in the last season, what’s not worked for us and see where our strengths are, what type of machine is the people’s favourite. I like to see what films will be coming out next year, Disney-wise, to give you an idea of what swag you want in your cranes. Video games I don’t tend to go for anymore, given the return, it might take me two seasons to get the revenue back on it.”

While it’s good to get a handle on what’s working before hand, Stefani explained that in terms of making the right investment decisions, attending the EAG is paramount to his business.

“Its very important to the business, if there’s anything that might be coming out or going around. I have my lunch in the BACTA lounge, I might pick up a few snippets of information there, something that you wouldn’t necessarily hear on the grapevine or locally. And obviously you get a lot of exhibitors from all over the world.”

In terms of trends, as always, it’s difficult to say, but apart from an upward trend on B3s, Stefanis sights are predominantly fixed on improving the family side of operations.

“Hopefully we’ll be making some big investments in the new year. I like to see the B3s, that’s the only current trend in fruit machines really. For the next season I’ll put down on my Cat Ds, and improve my novelty and family games, which is where I see the most potential.”

“But before I buy, I always check the Coinslot,” he added. “I keep old issues saved in my office ordered by date, and I look at the charts going back as far as I can to see what’s been in the top ten for a considerable length of time.”