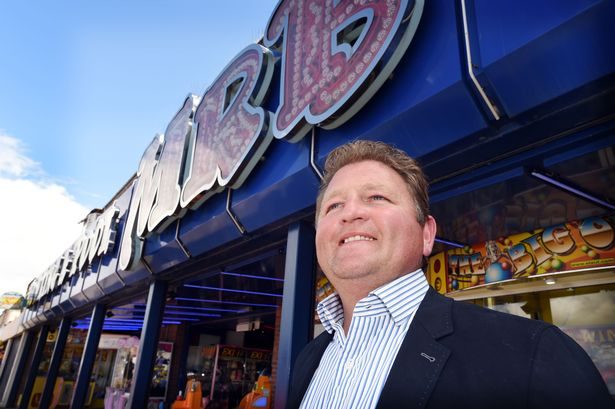 For Adam Williams of Tir Prince Leisure, the EAG is not what is used to be, but is an essential start to the year for those in the industry. “We always go the EAG,” said Williams. “Because we have amusement parks and arcades we go for a bit of everything, and also the VAE. I look at everything from a bouncy castle to fairground rides to redemption machines. It’s very important for us to see a wide spread of equipment. It’s got a lot smaller over the years, but it’s good to see everything next door to each other, and definitely worth going.”

As an operator with several different components to his business: holiday parks, a pier, several arcades and a racetrack- he now employs over 130 members of staff, and the EAG is a great opportunity to take some of them out of their day to day roles and get some added insights into the industry.

“A lot of EAG is to do with taking your key staff out of the workplace to be involved in what’s new and what’s out there, and let them have involvement in the running of the locations. I try to keep it very much a team event. I’ll probably take 15 or so people this year.”

Williams has been in the industry for a long time, and with such a diversified portfolio, he’s well positioned to comment on the rising and falling trends. 2016 will be good for the FEC and tourism side of the industry, he says, but like many, his business model is moving away from the AGC side of things.

“I think it’ll be very good, with the upset abroad that will have a positive effect on the British holiday; I think we’ve seen that partially this year already. We’re concentrating on redemption a lot, were pushing quite hard on redemption and the bigger video machines. The deluxe models are getting more detailed, and sadly a lot more expensive, but you’ve got to do it to compete with the playstations. Now some products are in 10D, and cost over £100,000 for a theatre of eight seats; that’s the way it’s going to end up.

“Redemption is all about getting prizes for the adults now. In the past we’ve just been putting redemption out for the kids, but I’ve found a lot more adults like to play it. The kid will start to play it, but then the father pushes them out the way and takes over. They can win kettles and saucepans, knives and forks. We have a lot of caravans around, so it’s useful to them, and it works.”