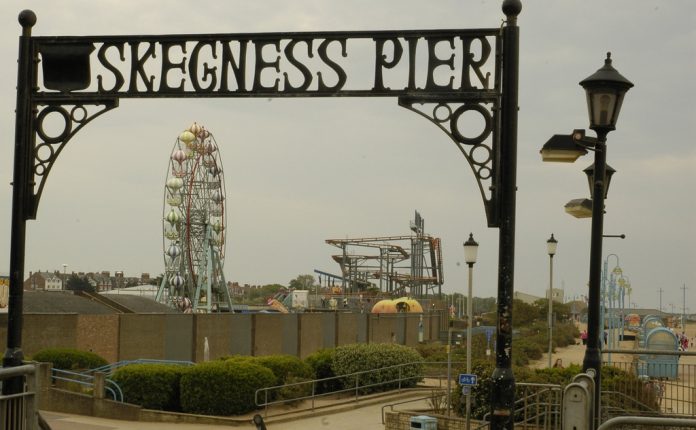 The MP for Boston and Skegness has led local bodies and authorities in calling to extend the season in Skegness over the Christmas period.

Along with Lincolnshire County Council, East Lindsey District Council and local businesses, Matt Warman said he would like to see to see more caravan parks opening for longer, for instance, to allow caravan owners to enjoy the Christmas season.

Warman also said that as the consideration of a longer season was an East Lindsey District Council Conservative manifesto commitment, and costal economic growth is central to Lincolnshire County Council’s future plans, there was already much political will behind the proposals.

He commented: “Extending the season in Skegness and the surrounding area is a crucial part of our shared ambition to double the value of the coastal economy over the coming years.

“In the past few weeks I’ve had very productive meetings with council leaders, the Environment Agency and others, and it is clear that there is real willingness to work together to achieve this shared aim.

“I am acutely aware of the need to ensure the safety of those using the parks over Christmas, particularly from more severe weather conditions, so it is vital that we ensure that evacuation plans and other safety measures are at the centre of our plans.”

Councillor Steve Kirk, portfolio holder for the coastal economy at East Lindsey District Council, said: “I, like Matt, firmly believe that allowing caravan parks to open longer would offer a significant boost to our local economy.

“The Christmas holiday is one of the busiest of the year and one that we should take full advantage of; I also get a feeling there is a strong desire by many to see this type of season extension happen.”

Warman, local councils, the Environment Agency and businesses will meet early this year to discuss the next steps in extending the season, after a mid-December meeting was cancelled when the floods in Cumbria meant key Environment Agency personnel from Lincolnshire were called away to help with the relief efforts.

Skegness mayor Carl Macey added: “Skegness is the premier resort of the east coast and one of the most popular tourist destinations in the UK, where we continue with the help of local businesses, community groups and all levels of local government to create a thriving local economy.

“The threat of flooding is something for us all to be concerned with, but we cannot allow this to affect the growth of our area, as this will only risk our vision and chances of extending the season.”