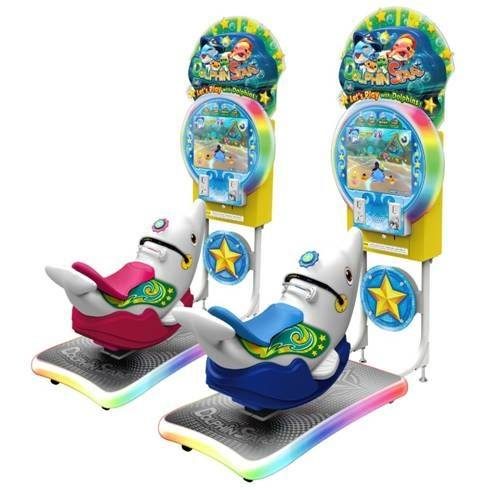 2015 has been a positive year of growth for JNC, with the popularity of many products including Go Go Pony kiddie ride and the Jurassic Park pushers, as well as the continued improvement in the quality of the used equipment that is distributed.

Following a significant amount of investment, and increased confidence in the industry, JNC is expecting 2016 to be another year of growth, with the introduction of great products that are anticipated to make great returns for customers. Some of these are:

Justice League Pushers – With the first of five blockbusting films being released in 2016 – Batman vs Superman, JNC are the distributors of this outstanding Harry Levy pusher. It is available as a straight or round and has the same appealing accumulating jackpot feature as the Jurassic Park pusher. This is anticipated to be the best taking pusher of 2016, and for many years to come.

Dolphin Star – Following the runaway success of the Go Go Pony in 2015, the early indications are that Dolphin Star may be even better. It has been very well received when exhibited at the ACOS exhibition in the autumn.

Emergency Rescue – A fantastic fun filled three-player race game that requires players to roll balls into win holes. It is a quick roller-ball race to the finish line with tickets paid out to the winner. A modern spin on an old favourite winning idea, and a fun, innovative addition to the family amusements sector.

The stock of used equipment held going into the EAG Exhibition is more extensive than any previous year with some great products at low prices. Outrun 2 SP SDX 2 Car 4ply has attracted a lot of interest. Mario Kart Twin’s continue to be popular games as well as Terminator Salvation Dlx, Time Crisis 4 Dlx and Keymaster, to name only a few.

JNC attracts a wide range of operators, arcade owners and soft play areas due to the diverse range of products, and are considered to be the ‘one stop shop’ with a great stock of video, redemption, pushers, prize, kiddie rides, basketball, Boxers, Air Hockey, cranes, change machines and AWP’s.

To see the quality of the machines produced by JNC, interested parties can view YouTube videos of many products. Customers are also welcome to visit the distributor’s workshop, warehouse and office facility in Bristol to view the stock and meet the team. The Aftersales and Technical team is highly regarded and will assist customers in order that they are totally satisfied with the products purchased from JNC.